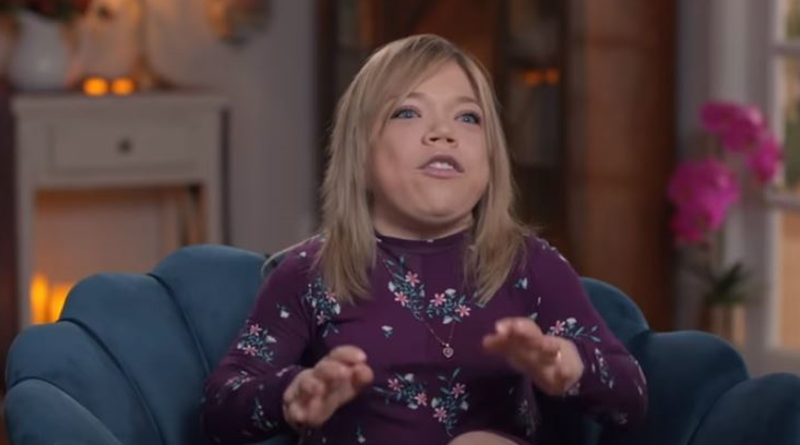 sMothered, Season 2 arrives in just a few days. The show premieres on TLC May 24. Like the previous season, expect some rather unnaturally close co-dependency between moms and daughters. But, one pair stands out from the others ahead of the show. The preview reveals that Marcia “licks” her daughter Alena “all up.” But why would she do that?

TV Shows Ace reported on the cast when the first preview for the show dropped in April. Fans meet Sarah who mothers her mom, Laurie. Then there’s Mary and Brittani, who not only shower together but also do co-colonic therapy together. The final new couple that fans meet is Alena and Marcia. Alena’s 21 years old but looks much younger due to an “enzyme deficiency.” Mom Marcia caters to her daughter’s every need.

But, she takes it a step way beyond “normal.” In the original sMothered preview, fans saw Alena talking about her and her mom. She kisses her mom a lot. In fact, she chases her “mama” around the house. When she catches her, she gives her mom “all [her] kissy-poos.” Fans also saw that Marcia likes to wake her daughter up with more than kisses. We noted, “Her daughter wants a puppy, but Marica won’t allow it. Making up for it though, when she wakes her daughter in the morning, she licks her all over her face, just like a puppy would.”

E!News shared a new and exclusive sneak peek. In that one, Marcia talks more about licking. But, beware, the sounds that accompany it, might make fans feel a bit queasy. Licking her daughter’s face vigorously, Marcia says, “In the mornings, I walk into her room and I just lick her all up.” And incredibly, Alena just loves it. She says that it makes them different from other people. Well, it certainly strikes fans as different.

In the comments section of the YouTube preview, one fan noted, “The mommy daughter showers and morning licks are just eh … too much girls. Way too much smh.” Some people who watched the sMothered preview felt that the cast need help with their mental health. One person declared, “This people can’t be real. If they are they belong in a mental institution, (sic).” Another one commented, “Who would have thought, when the US government largely defunded mental health institutions, it would lead to cringeworthy tv shows.”

One sMothered critic came up with a great idea and suggested a therapist comment on the show. And, that might happen. After all, Dr. Kirk of Psychology in Seattle already comments on the 90 Day Fiance couples. Maybe he could talk about why Marcia really licks her daughter.

What do you think about Alena’s mom Marcia licking “her all up?” Sound off in the comments below.

Remember to check back with TV Shows Ace often for more news about TLC’s sMothered.