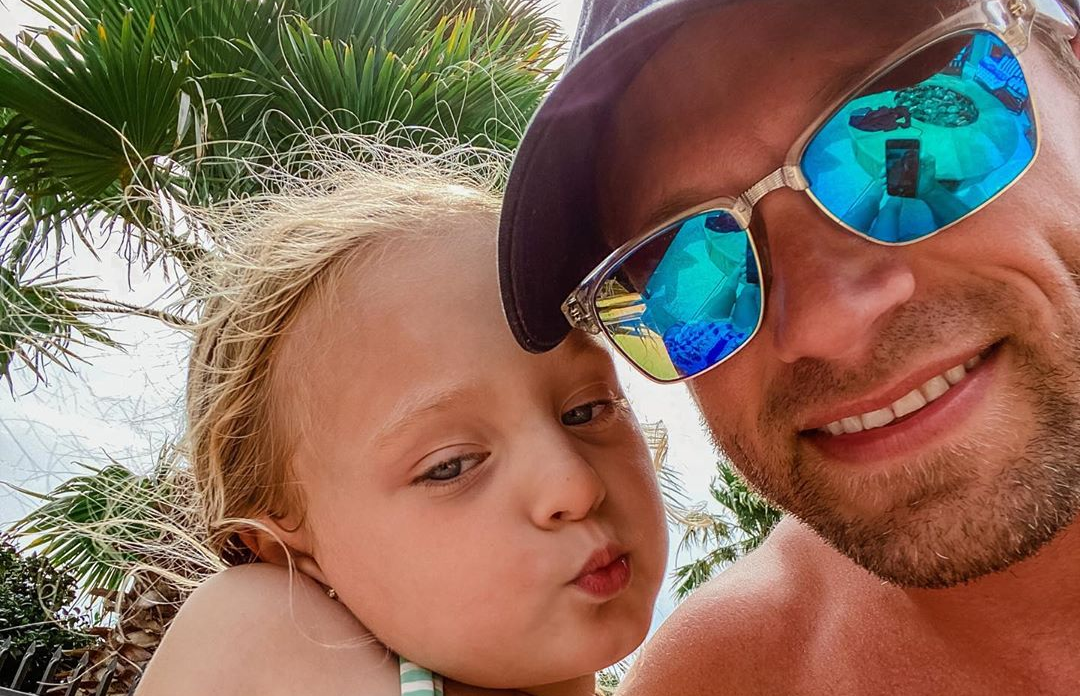 OutDaughtered papa Adam Busby shared an adorable and silly twins snap of Ava and Olivia on Instagram just a few hours ago. Based on the early comments, it appears as if the caption of the photo has left some confused. Fortunately, Adam Busby has been watching the comments. And, he did his part to attempt to dissolve the confusion.

One fan didn’t understand why he referred to the girls as twins.

As those who follow Adam and Danielle Busby know, they are the proud parents of six little girls. They rose to fame after becoming the first couple in the U.S. to successfully bring the first all-female set of quintuplets into the world. Knowing Adam Busby is the proud father of a set of quints… The confusion was understandable.

“Why there is twin in a twin? Im confused.” The individual questioned in a comment roughly an hour ago.

Just half an hour after the confused individual asked for clarify, none other than Adam Busby rushed to clarify.

“It’s not a twin in a twin it’s a set of twins within quints,” Adam Busby explained.

The father-of-six’s comment has already received half a dozen likes inside of an hour. This indicated the person who originally asked the question wasn’t the only one who appreciated the response.

Fans continue to struggle to tell the OutDaughtered quints apart.

Given Ava and Oliva are twins within a set of quints, it would make sense that fans have a hard time telling them apart. OutDaughtered fans quickly made it clear in the comments they were not sure which two quints they were looking at. Fortunately, Adam normally does what he can to assist in identifying which of his daughters are in the snapshot or photo.

Because the identification wasn’t clearly stated in the caption, however, it left a lot of people confused.

Sums things up with the twins most of the time. #makingfaces #itsabuzzworld #outdaughtered

Those who took a close look at the photo, however, were able to tell who was in the photo.

The two adorable Busby quints were rocking yellow shirts with pink lettering. One of the shirts read “Team Ava” and the other shirt read “Team Olivia.”

According to Adam’s caption of the photo, the poses and facial expressions of the duo pretty much summed up what it was like having the duo as twins.

As we previously reported, Adam Busby recently had a troll bomb his Instagram profile. The individual took issue with Adam posting a selfie on his profile. The troll implied that Adam should stick to pictures and videos of his girls instead. While Adam (and many fans) were quick to shut the negativity down… This latest update just reiterates that most of the content Adam Busby posts does feature his daughters.

So, were you able to tell who was in the photo? Did you find the mention of twins confusing? Sound off in the comments!