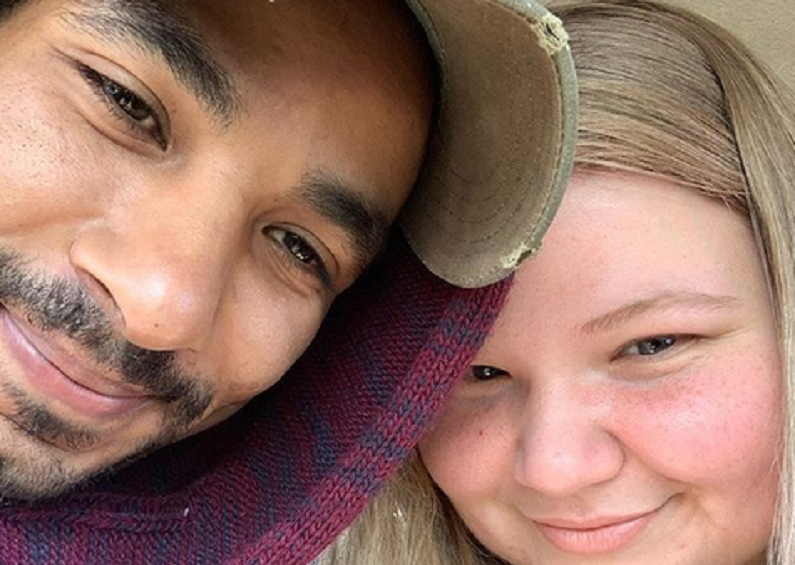 90 Day Fiance star Nicole Nafziger returned to social media. She’s in quarantine with her boyfriend, Azan Tefou, for the past two months. She posted her first selfie since traveling to Morocco. The TLC star was smiling brightly in the photo.

She’s currently “hunkered down” with her Moroccan beau. Nicole booked a trip to Morocco to reconnect with Azan. It’s the first time that the couple has seen each other on years. Nicole and Azan currently put their wedding on hold. They are not in a hurry to make wedding plans.

Nicole Nafziger posts a smiling photo of herself from Morocco

Per In Touch Weekly, 90 Day Fiance star Nicole Nafziger shared her first ever selfie in two months. She took a break while quarantining with Azan Tefou. In the photo, Nicole shared a slight smile as she held up a cup of coffee. But according to the reality star, it’s not a recent photo.

“Throwback pic to when we could still go to the café,” Nicole captioned the photo on Instagram. “How is everyone? I’ve been away from social media for a while. How’s quarantine life for y’all? Is your state/country opening back up yet?”

Throwback pic to when we could still go to the cafe for a cup of coffee. How is everyone? I’ve been away from social media for a while. How’s quarantine life for y’all? Is your state/country opening back up yet?

The reality star “hunkered down” with her boyfriend for the past few months, according to her mom, Robbalee Nafziger. Nicole will stay with Azan until the travel ban is lifted. She initially planned to return to her home in Florida at an earlier week. But, her trip was extended due to the coronavirus pandemic. An insider told the outlet that Nicole sees this as an opportunity to spend more time with Azan.

“Nicole is essentially stuck there for now, but she doesn’t see it as a bad thing,” the anonymous source said. “She might not even leave his side once the coronavirus passes since she’s very much in love with him.”

The Happily Ever After? star enjoys having more quality time with Azan. But, Nicole misses her daughter, May. She wants to return to the United States as soon as possible. Nicole’s family doesn’t like that she’s stuck there. They’re also not happy that she went through with the trip in the first place. But, they understand that Nicole is a grown woman who can make her own decisions.

I never want to leave your side my love♥️

Nicole has been keeping in touch with her family and friends via FaceTime. Meanwhile, Robbalee has taken over the role as homeschool teacher while the TLC alum is away on travel. She’s happy to help out even if she’s not happy with the situation.

Before the lockdown, Nicole and Azan toured the “beautiful architecture” in Morocco. Back in November 2019, she told In Touch Weekly that they are “happily engaged and waiting for the right moment to tie the knot.” But, she recently told 90 Day Fiance fans that she’s not in a hurry to get married.