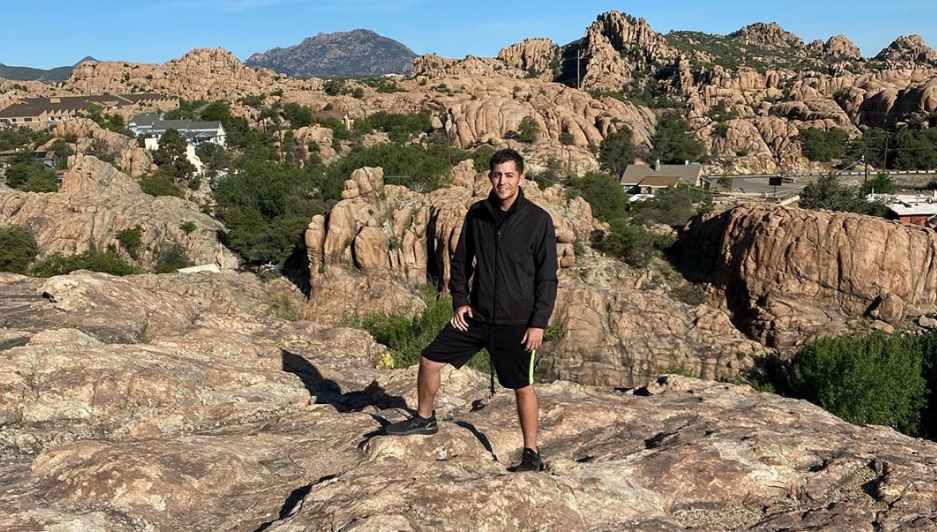 90 Day Fiancé star Jorge Nava got out of prison on May 11. He now opens up a little about his stay behind bars. He lost 128 lbs in weight and became a slimmer and fitter person. Jorge also admits it wasn’t easy for him in prison. On May 19, he went to Instagram to share an image of himself, looking happy and relaxed. Jorge explains that reading motivational novels by author Tony Robbins was what got him through the hard times.

Jorge Nava opens up in his Instagram post to say at one stage, he lost all hope in prison. And, Nava shared he became “depressed and unmotivated.” At this stage, Nava started reading motivational books by author Tony Robbins. And, these books changed his perspective and outlook on life.

There was a point during my prison sentence when I had lost all hope and I found myself depressed and unmotivated! I then started reading motivational books by @tonyrobbins and it changed my perspective on life forever! I would of never lost 128lb and I would of never changed my old ways of thinking after I seen the results from my health improvement I started using the same techniques with everything else I was doing in life and now it seems like it was a #cheatcode #tonyrobbins 🙏

Without this, the TLC reality star would have never lost those 128 lbs. He would not have made changes to his “old ways of thinking.” Jorge writes after seeing the results of his health improvement, he now uses the same techniques in other aspects of his life. Jorge concluded saying he found a “cheat code,” shared by Tony Robbins.

As noted by People, the accompanying image shows Jorge, 30, posing on a mountainside in Granite Dells, Arizona. He can clearly be seen having a big happy smile on his face.

Jorge Nava: ‘The sky is the limit’

Last week, Nava shared another image of himself, leaning against a sports car. He captioned that image“The sky is the limit” with the hashtag #freedom.

At the same time, Jorge shared a video on Instagram Stories. In it, the reality star raps, “Honey I’m Home” while seated in the passenger seat of the car.

Jorge had already revealed his amazing physical transformation back in November 2019. At that time, Nava shared a new inmate photo for the Arizona Department of Corrections. It was soon after this he revealed that with “military-based” exercise and lots of jogging he had lost that impressive 125 lbs.

Cops arrest Jorge in February 2018. They charged him with felony possession of marijuana for sale. He also faced charges of possession of drug paraphernalia and intent to transport and/or sell marijuana. In September that year, Nava accepted a plea deal, which dropped his class-two felony charge to a class-four.

He then went on to serve two-and-a-half years behind bars, which includes time served prior to sentencing. Jorge spent 27 months in prison before being released on May 11 under community supervision.

However, it was revealed this wasn’t his first brush with the law. Jorge had previously pleaded guilty to drug trafficking. This led to a major rift between him and his Russian model fiancé and eventual wife, Anfisa Arkhipchenko. The details aired during Season 4 of 90 Day Fiancé. Anfisa had lost a relative to drugs and this was personal for her.

After Jorge was incarcerated, Anfisa was seen dating another man. The news shocked Jorge. He believed she would wait for him. She didn’t. Nava announced plans to file divorce papers on his release from prison. By the looks of his latest Instagram post, it is onward and upward for Jorge Nava now that he is free again.