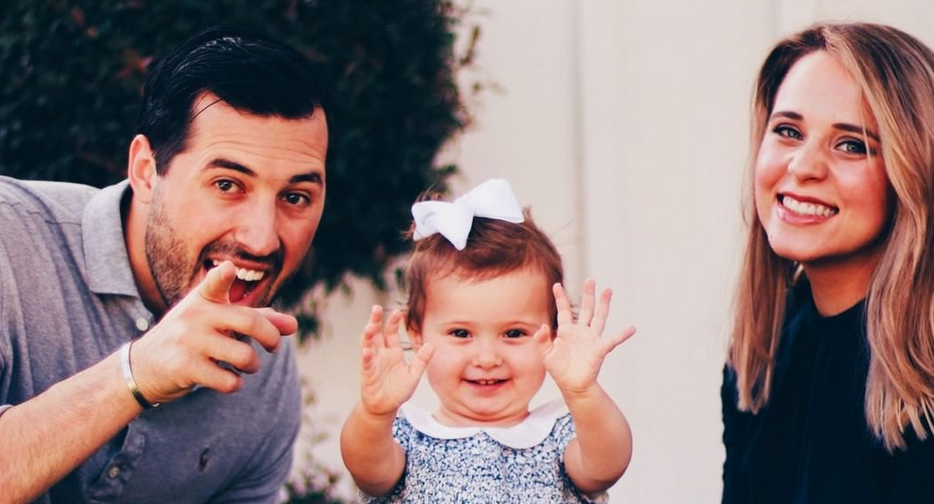 Jinger Duggar and Jeremy Vuolo share a lot of photos on social media. And it often looks like someone else took the photos for them. This has lead fans to wonder who is taking all their pictures.

Jeremy Vuolo shares new photo obviously taken by someone else

On social media recently, Jeremy posted a new picture of his family. In the picture, they’re walking across the street together. It’s clear that the picture isn’t taken by Jinger or Jeremy, because they are both in the photo. So, this is leading to some fans asking who took the picture of them. So, several fans are leaving comments about this. But, Jeremy and Jinger have yet to answer this question themselves.

During the quarantine, Jinger and I have been able to spend a lot more time together each morning. Reading the Bible, talking, and praying as we eat breakfast or sip coffee, we’ve enjoyed the change of pace. I’ve also been reminded of how enjoyable these times with my wife are. What is something in quarantine that you’ve realized you are extra grateful for?🙏🏼

Duggar fans wonder about many of Jinger and Jeremy’s photos

This isn’t the first time fans have questioned how Jeremy and Jinger take photos. Especially during a pandemic, it seems odd that anyone else would be around to take these pictures. Jeremy and Jinger live in Los Angeles, California where the coronavirus stay-at-home orders are very strict. Not to mention, neither of their families live nearby. There are a few possible ways that Jeremy and Jinger have gotten all of these family photos.

First, they might have hired a photographer. Sometimes bloggers and other social media users will hire a photographer for a day. Then, the social media user has plenty of content to post without having to take pictures every day. Jinger has 1.3 million followers and is very active on Instagram. By posting on a more regular basis, she can gain more followers and potentially get partnerships with brands. If she gets partnerships, she earns money when people purchase the products that she promotes. This is a common way for bloggers to make money. Jinger hasn’t explicitly said this is her intention, but she’s partnered with brands before.

Another possibility is that the couple uses a tripod. With a tripod and a self-timer, they can easily take family photos. They can do this on their smartphones or with a camera.

Some Duggar fans also think that the Counting On crew might take these photos. It’s unclear whether the show is even filming. Even if it was a couple of months ago, it’s likely on pause due to the coronavirus.

In several of the photos the couple is sharing, they’re wearing the same clothes. So, they are likely taking a series of photos in one day and using them later on.

Look, I get it: I'm biased. But this girl's got the juice ⚽️

It seems unlikely that Jeremy Vuolo and Jinger Duggar will spill their photography secrets. Many fans are asking, but they aren’t answering their questions.

So, how do you think Jinger and Jeremy take photos? Share your thoughts below.