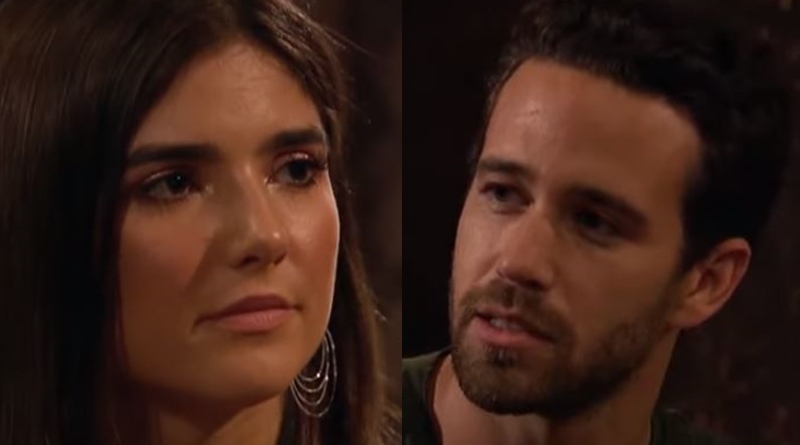 The Bachelor: Listen to Your Heart finale aired on Monday night. Fans saw the last three couples in Nashville. Jamie and Trevor, Bri and Chris, and Rudi and Matt featured there. But some fans thought Jamie acted like a creepazoid the way she kept touching Trevor’s face on stage. One fan said they actually got “COVID Anxiety.”

The Bachelor: Listen to Your Heart – Fans think Jamie seemed weird on stage with Trevor

TV Shows Ace reported that Jamie and Trevor felt some apprehension about other future of their relationship, Both of them fear being hurt. The couple discussed their trust issues ahead of the Fantasy Suites. But for many fans, they just think Jamie behaved a bit weird when it came to their performance on stage. They already heard that the couple split in February and Jamie hopes for a slot on Bachelor in Paradise. Maybe Jamie’s odd behavior during the finale helped Trevor on his way.

Plenty of fans took to Twitter during the finale of The Bachelor: Listen to Your Heart. Many of them didn’t like the way Jamie sang. One critic said, “Jamie singing is like nails scratching a chalkboard. I thought this was a singing show?” And Trevor never went unscathed either. One follower noted, “lol trevor may have hit that *ss but sure as hell didn’t hit that note.” But Meaww noted that many people felt the way Jamie kept “constantly touching Trevor’s face,” seemed a bit odd.

The outlet cited one follower as saying, “Does watching Jamie touch Trevor’s face so much also give you COVID anxiety…or is that just me?!” Meanwhile, taking a look around Twitter, plenty of other people thought Jamie behaved strangely and overdid the touching thing. One person counted it and declared, “I counted AT-LEAST 7 times Jamie has touched Trevor’s face.” Then, another person wrote, “Keeping a tab of how many times Jamie awkwardly reaches for trevors face during this performance.”

Some fans felt that in the end, they might not be the best singers on The Bachelor: Listen to Your Heart, but they hoped they never broke up. However, it seems pretty certain they did. And, they didn’t win either. One critic noted, “I truly hope I never have to see Jamie or Trevor on any of my screens ever again.” As the winners, Chris and Bri go on tour, one critic noted, “Imagine buying tickets to watch Trevor and Jamie.”

What did you think about Jamie constantly touching and stroking Trevor’s face? Did you think it a bit weird? And, did you also get “COVID anxiety?” Sound off your thoughts in the comments below.

Remember to check back with TV Shows Ace often for more news about the cast of ABC’s The Bachelor: Listen to Your Heart.