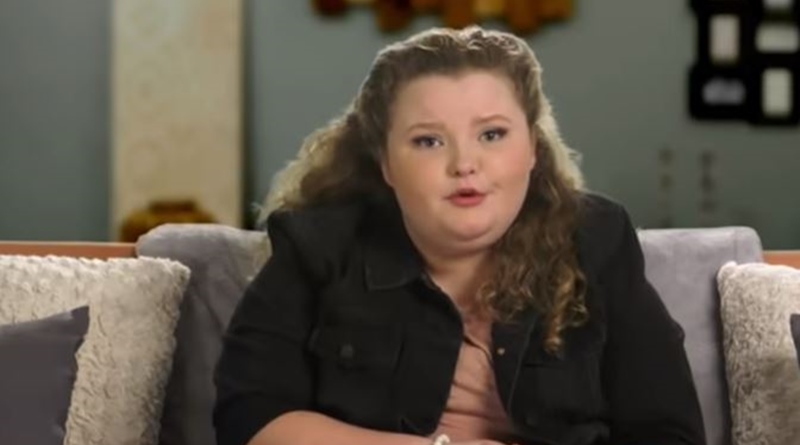 Mama June: Family Crisis fans saw that June texted home, saying that bad people could be after her kids. Big Mike told Doe Doe they should pay as he knows those people. They’ll collect their debt and they don’t fear the police. Coming up, Josh, Pumpkin’s husband, gets really nervous and decides they should move. But, Honey Boo Boo’s furious and gets stubborn about it.

TV Shows Ace reported that fans of the show grew angry about how the show seemed scripted. Last week, when Big Mike talked to Doe Doe about the debt collectors, it all seemed badly acted. One fan on Twitter even suggested that the white SUV hanging around was driven by the WEtv crew. Nevertheless, Pumpkin and Josh take the threat seriously. However, Alana (Honey Boo Boo), loses it and lashes out at Josh.

Bear in mind, that Alana started at her new school. She’s making some friends and settling down at last. Now, her whole stability gets threatened again. And, during all of this, Jennifer also threatens Pumpkin that she’ll fight for custody of Alana. Recall that Alana went into temporary custody with Pumpkin. On the Mama June: Family Crisis show, fans see Jennifer acts like she’s in competition with June.

Jennifer’s not happy with her cover photo

We also reported that fans got all worked up about Jennifer. The peak came when she entered her grandchild, Harper, in the same pageant as Ella Grace. But fans on Twitter slam her over much more than that. They think she just wants fame and gets it on the back of June’s efforts. So, those people who hated that she went on about her magazine shoot, might snicker a bit in the upcoming show. The preview of the episode shows that when she sees the cover, her reaction’s not good.

Calling up her agent, Gina Rodriguez, Jennifer complains the cover takes way too long to come out. Finally, Jennifer sees the cover and reacts quite badly. She says, “Oh my God!” Fans see it during the May 29 episode on Mama June” Family Crisis. On Twitter, it seems plenty of haters might celebrate that. One fan already complained, “What I hate is that she isn’t supporting Alana or Pumpkin or trying to reduce their stress. Instead, she is only worried about herself & beating #MamaJune in this imaginary competition she has going on for some weird reason.”

The family is on the run, and things are about to go from bad to worse. An all-new episode of #MamaJune premieres FRIDAY, May 29 at 9/8c! pic.twitter.com/zUDcjoSKQU

In the previous episode, Daily Mail UK reminded fans that June skipped her court appearance. Facing charges of drug paraphernalia, Doe Doe hoped to find her there. But, she never pitched up. However, the preview shows that this time, she arrives. Just as well, as she faces arrest. Angry about everything, Honey Boo Boo chooses to stay away. She fears that her anger at her mom might make her have a meltdown.

But, despite Doe Doe making such an effort, June seems reluctant to talk to her at all. Will they move into hiding? What happens with June in court? Follow the show to find out.

Remember to check back with TV Shows Ace often for more news about the cast of WEtv’s Mama June: Family Crisis.