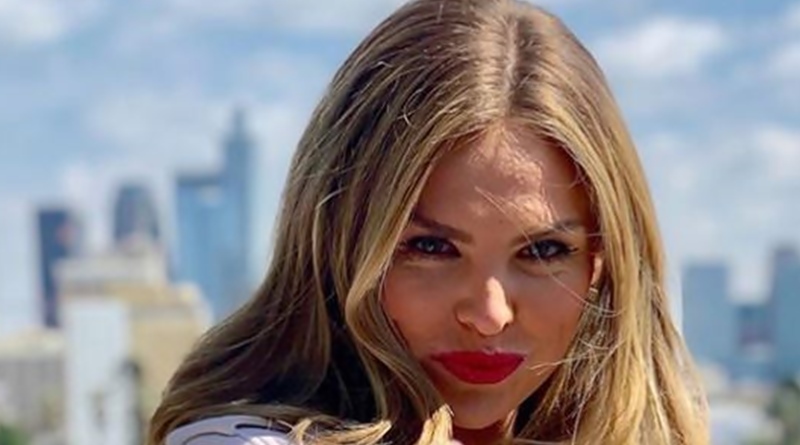 Many companies that sponsor Hannah Brown as a brand ambassador are being urged to ditch her by customers.

The reality TV star is under fire after her use of the N-word on Instagram Live.

Hannah Brown is all Bachelor Nation is talking about right now. While singing a song and hanging out with a friend on Instagram Live, she slipped up and said a word she shouldn’t have. Now, Hannah is under fire as many debate whether her singing the “N-word” is truly an issue.

Several fellow Bachelor Nation stars have also reacted to what Hannah did on Instagram. While no one was particularly happy with her… The majority felt it should be a learning experience.

Still, most fans do not agree that is enough. They thought her giggling and smiling while apologizing just demonstrated that she didn’t take the subject seriously. Will things eventually blow over for Hannah Brown or is this the end of her career?

Hannah did note during the same video live she sung the word that she knew a lot of people were going to hate her. She, however, did not feel as though she could stop people from thinking whatever they were going to think about her.

Is her income and career at risk?

After being on a show such as Bachelorette, personalities such as Hannah Brown usually spend time growing a social media following. They are able to use this following to get companies to sponsor them and pay them to promote their products. Several companies that are known to work with Hannah Brown are now under fire as well. Their customers question why they would work with someone like Brown. In fact, many customers have insisted they will walk away from brands they love over continuing to work with Hannah.

Some of Hannah Brown’s followers started tagging brands they knew were associated with the reality TV star. After tagging the brands they threatened to unfollow and cease doing business with anyone who continued to work with Hannah. 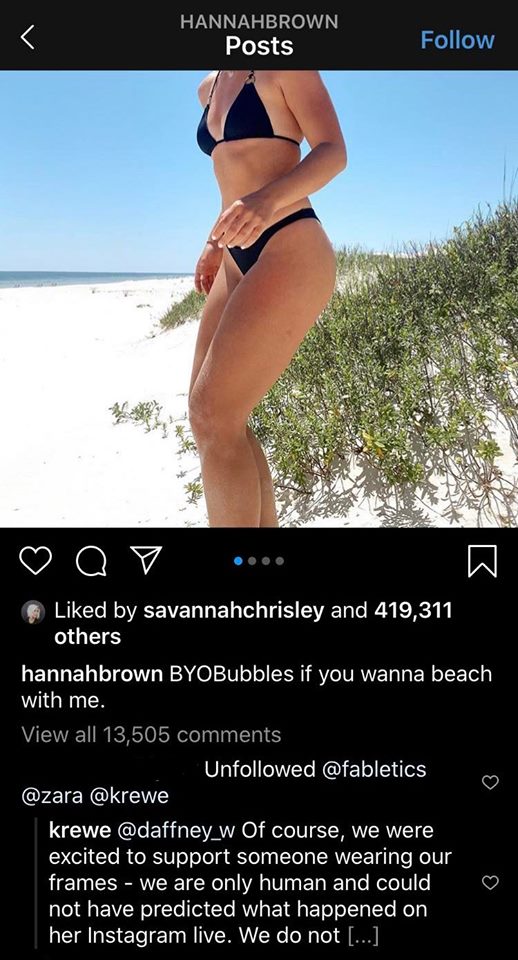 Fabletics, for example, is an activewear and workout clothing company. Unhappy customers slammed them.

Here’s some of what customers had to say:

Unfortunately, it does not appear as if the company responded to any of the comments from customers. Many suspect the company is just ignoring them until the topic fades.

Other companies flooded with similar comments about Hannah Brown.

Any companies or brands followers found to be associated with Hannah received similar treatment. Some responded and others ignored. Either way, things are ugly for anyone connected to the Bachelorette alum at the moment.