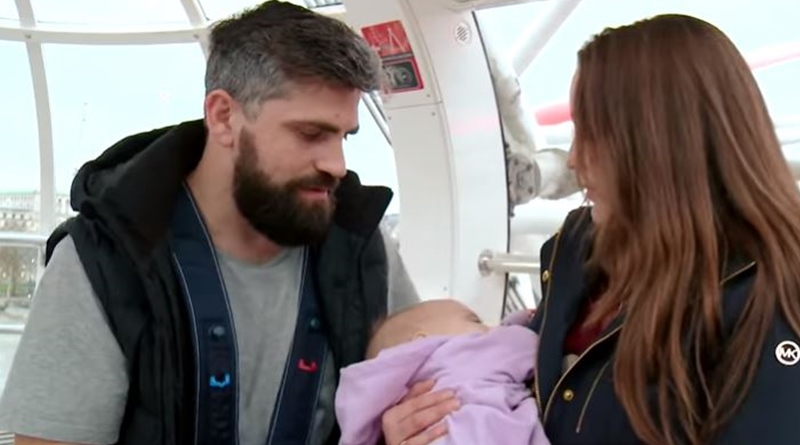 90 Day Fiance: What Now? airs its fourth season at the moment. Included in the cast, fans see Jon and Rachel. They married during Season 2 of Before the 90 Days. However, since then, they struggled with obtaining his visa. Jon got loads of haters for his crude language and low tolerance of critics. So, he’s surprised now, that so much love goes his way.

Jon and Rachel can’t live together. Rachel’s one daughter by a different guy can’t leave the USA. And, Jon can’t move to the USA because of his assault conviction when in college. For years now, they only got together for short visits. In December, it looked like things might move in the right direction to overcome their difficulties. Fans of the couple hope so, as they seem like a rare success, genuinely in love. And they survived, despite all the odds stacked against them.

TV Shows Ace reported that they finally got the cash together for a K-3 visa application. Lawyers suggested that might be a better way to go than the K1-Visa. Now, it’s a waiting game, but at least they achieved one step in the right direction. Many of Rachel and Jon’s fans feel heartbroken that this couple can’t live together. But, Jon racked up plenty of haters over the years. This is mainly because he uses aggressive and crude language on social media. Actually, the 90 Day Fiance star quite often got aggressive with blogger John Yates’ followers on Instagram.

Writing about the cast for What Now?, Heavy mentioned that “Jon [hopes] to move to Albuquerque to be with Rachel and her daughter.” But, for many critics of TLC, they found him aggressive. Plus, they never let him forget his arrest for assault, even though it happened years ago. However, when John Yates shared about the current season featuring Jon and Rachel, the couple got a lot of love. The love seems related to the fact that since their season, fans saw what they think are phony couples.

One 90 Day Fiance fan pointed out, “I think maybe people realize that on a show that’s full of fake crap – you guys are the real deal! There’s not many on the show lol.” That came after Jon commented, “So much love on this page @johnyates327tv where’s are all your followers who hate us gone tonight?” And, one fan made a very good point. They wrote, “well so far neither of you have begged for money or faked lupus soooo that helps too ahahah.”

Apart from those comments, John Yates’ Instagram post got flooded with other caring and loving comments from hundreds of fans. What do you think about the perceptions that changed over the years? Do you agree that Jon and Rachel represent a couple who went on the 90 Day Fiance show for all the right reasons?

Remember to check back with TV Shows Ace often for more news about the cast of TC’s 90 Day Fiance: What Now?