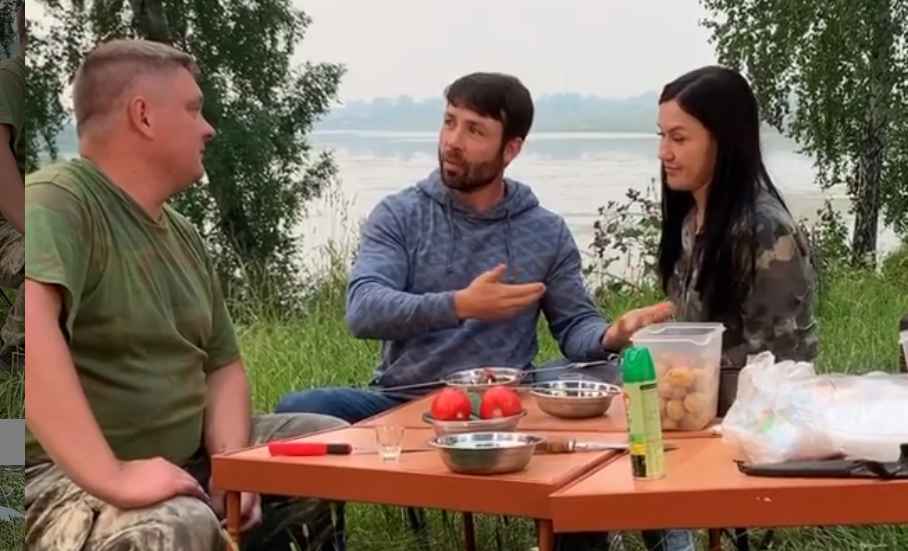 Fans experienced a total shock on the latest episode of 90 Day Fiancé: Before the 90 Days on Sunday, May 17. After all the controversy over his criminal record, the relationship between Varya and Geoffrey takes a new turn. After having dumped Geoffrey, Varya changes her mind and decides to take a trip to visit him in Knoxville, Tennessee. It is uncertain who is the most shocked. Is it Geoffrey, who is not expecting her, or Varya, who finds he has moved on with his former girlfriend Mary?

90 Day Fiancé: Before the 90 Days shocker

Fans will remember 90 Day Fiancé star, Geoffrey, 41, traveling to Russia to meet his Russian girlfriend, Varya. Their relationship was doing fairly well until Geoffrey opened up about his criminal record. He told Varya, 30, he had spent time in prison for selling drugs. This was particularly shocking to Varya, as she had lost a relative to drugs.

Varya was then a little hesitant about moving forward with Geoffrey. When he got down on bended knee to ask for her hand in marriage, she said, “No.” A broken-hearted Geoffrey returned to his home in Knoxville, Tennessee. For her part, Varya regrets her decision and sends him several texts, asking for a second chance. She receives no reply.

On 90 Day Fiancé, Geoffrey says he is over and done with Varya, as he wants a woman who is confident about their future together. He said on his way back home, he started thinking about his former girlfriend, Mary. Before Geoffrey left for Russia, Mary told him she still loved him. She asked the TLC reality star why he doesn’t see what is “two feet” in front of him.

At that time, Geoffrey tells the camera, the timing had been off for them as a couple but that he still considered Mary to be a good friend.

Geoffrey returns to Knoxville and Mary

Now fast forward to Geoffrey returning to Knoxville, where he decides to sweep Mary off her feet. He sends her beautiful flowers and sets up romantic dates with his former girlfriend. Both parties decide it is now the right time to give their relationship another try. This is even though Mary knows Geoffrey had proposed marriage to Varya and been turned down.

Geoffrey assures Mary he is totally over his Russian fiancé. He tells the camera being with Mary now feels right. He adds his sons also approve of Mary, which is a major thing in their relationship.

This is where Varya comes in. Producers timed her arrival perfectly for TLC reality show, to capture all the action as it happened.

Varya tells the 90 Day Fiancé cameras she had tried texting Geoffrey repeatedly, begging for another chance. However, he ignored her texts. This leads to Varya traveling to Knoxville to try and “win back” her “Prince.” She says she has to look “drop-dead gorgeous” for their meeting.

You know they took Varya the long way to Geoffrey’s house to make sure Mary was there for maximum dramatics and I’m okay with that #90DayFiance pic.twitter.com/qlwx5doLCT

As noted by ET, as soon as her plane lands in Knoxville, Varya catches a taxi to his home and rings the doorbell. As Geoffrey opens the door, he is totally shocked to see Varya standing on his doorstep. He asks her why she is there, as Varya tries to go in for a hug and kiss.

Varya gets a shock herself, as she realizes Mary is in Geoffrey’s home. In a teaser for the next episode of 90 Day Fiancé, it’s revealed Mary and Varya having a shouting contest. Mary tells Varya she is in the wrong. Meanwhile, Varya tells Mary, “I don’t speak to you!” While this is going on, poor Geoffrey is the “piggy in the middle” of the row and looks very uncomfortable about the situation.

Geoffrey about to look like Ash when he sees Varya #90DayFiance pic.twitter.com/nam9sYXVT4

Find out what happens next on 90 Day Fiancé: Before the 90 Days next Sunday at 8 pm ET/PT on TLC.