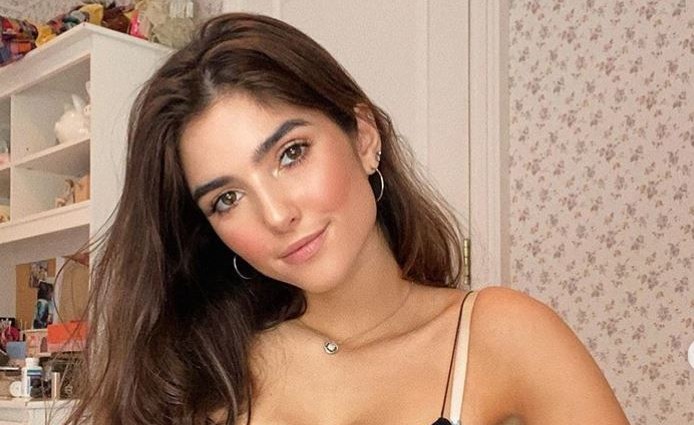 It’s already time for the season finale of the new spin-off The Bachelor: Listen to Your Heart. On Monday night fans will see the three remaining couples head to Nashville to wrap up the season. The contestants still in the running are Jamie and Trevor, Bri and Chris, and Rudi and Matt. The couples are headed to fantasy suites, which leaves one lady needing to get some things off her chest. Jamie decides to address all her trust issues with Trevor. How will that work out? Which couple will win it all? And, will they stay together as a couple?

Jamie talks to Trevor in a heart-to-heart

People shared all the details about Jamie’s talk with Trevor. She knew going into fantasy suites, she needed to discuss some things. Jamie said, “Going into this date tonight knowing that there is a Fantasy Suite on the line, I want to make sure that I get the answers that I need in order for me to feel fully comfortable moving forward.” she continued saying, “I’m feeling nervous because every guy that I’ve ever seriously dated has cheated on me, so obviously I do have those trust issues.”

Jamie tells Trevor her past relationships have led her down a path of low self esteem. She admits she struggles with self worth. She feels in the past she has given a lot of love to people who didn’t deserve it. They didn’t love her back.

She also said, “I have had so many internal battles — like, when things get really hard, I shut down sometimes.”

A post shared by Listen to Your Heart (@listentoyourheartabc)

Trevor responds to her concerns

Trevor acknowledged all that Jamie shared with him. He said his past relationships have had lasting affects on him as well. He went on to tell her that heartbreak can be scary for everyone when you dive in full force. Trevor said, “I also apologize if I ever seemed like I ever had walls up because of my past experiences.”

Later, in a private on camera interview, Jamie said, “This isn’t just a singing competition. You’re making a love connection. And I just get so nervous, because I don’t want to end up hurt like that.”

Will Jamie and Trevor make it? What will happen with fantasy suites and their last performance in Nashville?

Is there trouble in paradise for one of the couples

It looks like one couple could be having some major issues in a preview. Will it cause them to leave before the end of the show? Previews indicate Rudi and Matt are having some problems.

In a preview, Matt is seen saying something is killing him and then Rudi walks out. What could Matt be telling her? In a voiceover Matt says, “It’s a lot to sort through. I just wanna figure this whole thing out.”

What will happen with each couple as they face fantasy suites and their final performance? Don’t miss the season finale of The Bachelor: Listen to Your Heart Monday night on ABC.