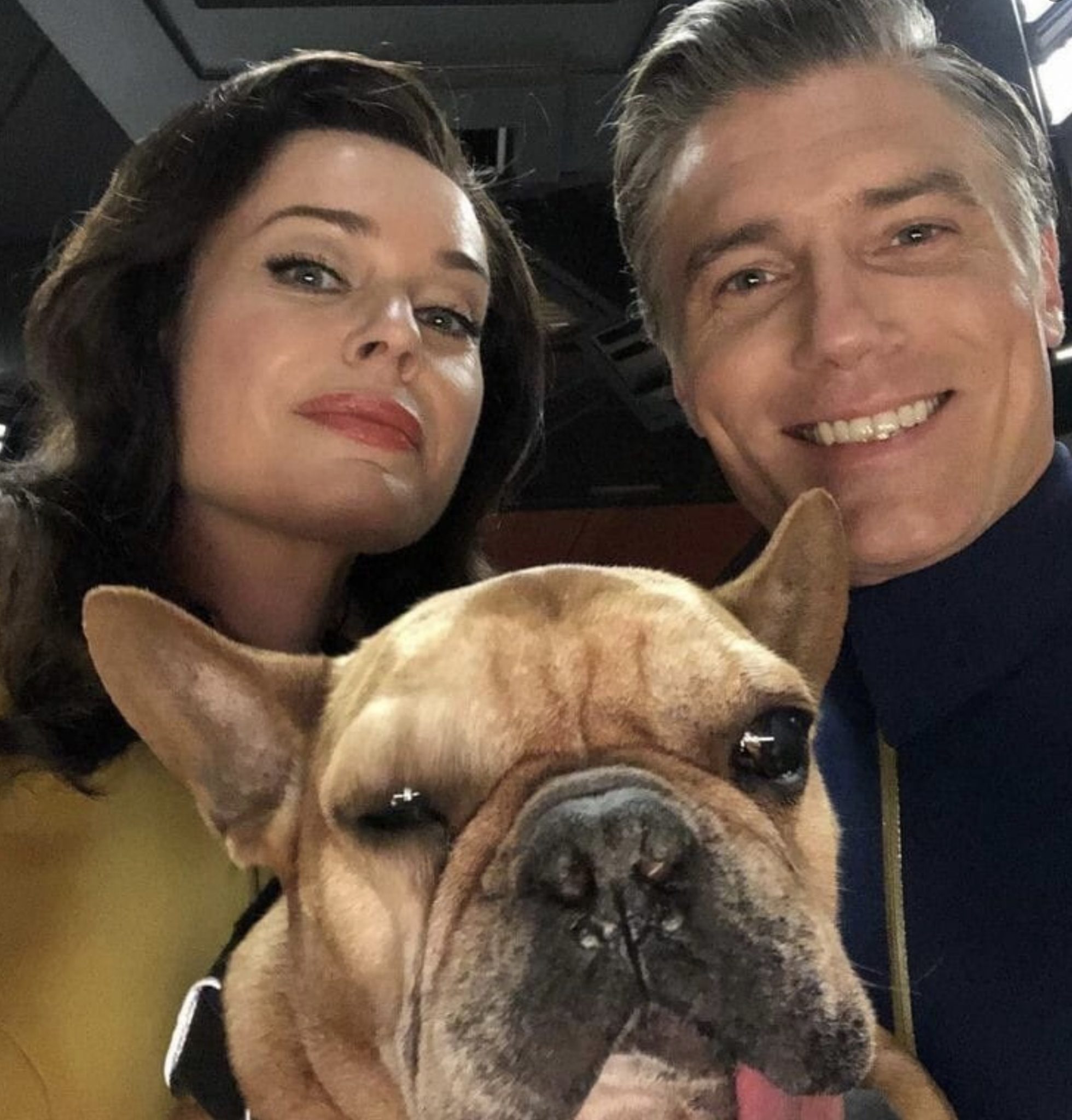 It took over 50 years, but Captain Pike finally has his own show, thanks to the new Star Trek: Strange New Worlds. Starring Anson Mount, as Starfleet’s most decorated captain, Rebecca Romijn, as Number One and Ethan Peck as Spock, this is the series that Trekkies have been waiting for. What do we know?

It is official! There will be a new Star Trek series featuring the original captain of the Enterprise, Captain Christopher Pike in the new CBS All Access series, Star Trek: Strange New Worlds. According to USA Today, the new series will follow the U.S.S. Enterprise and its crew, as they boldly go into new worlds. This takes place a good decade before James T. Kirk is at the helm of this magnificent ship.

Fans of Discovery have already met the main trio starring in the series. Anson Mount (Hell On Wheels) is returning as Captain Pike. Rebecca Romijn (The Librarians) is back as Number One. Lastly, reprising his role as the young Spock is Ethan Peck (The Holiday Calendar).

Star Trek fans have long awaited Christopher Pike’s series. This has been a long time coming. Captain Pike was featured in one of the most compelling two-episode stories in Star Trek OG. Spock uncharacteristically takes over the ship in order to help a deformed Captain Pike. In fact, this footage was in the original, rejected pilot episode, “The Cage,” it was featuring Captain Pike, portrayed by Jeffrey Hunter.

Three massive cheers to my main man and great friend @ansonmount on this great for him and, more importantly, #StarTrek fans around the world! https://t.co/So5AueUpTH

Despite Captain Pike’s tragic origin story, Star Trek: Strange New Worlds will be dramatically different from Picard and Discovery. According to the show’s creator, Akiva Goldsman, this show will be quite different from these newer shows. Speaking to Bounding Into Comics, Goldman revealed that the show is going back to some basics. “We’re going to try to harken back to some classical “Trek” values, to be optimistic, and to be more episodic.”

This means that Strange New Worlds will be more like the OG than any other series, even Deep Space Nine. Goldman revealed that “We can really tell closed-ended stories. We can find ourselves in episodes that are tonally of a piece.”

Star Trek Franchise Stronger Than Ever

The Star Trek franchise is now stronger than ever. Star Trek: Strange New Worlds is the third franchise series in as many years. Later this year, Star Trek: Discovery Season 3 will begin on CBS All Access. In January 2020, Star Trek: Picard premiered. According to TV Shows Ace, Sir Patrick Stewart admitted that he had no intention of returning to the role of Captain Jean Luc Picard. But, he admitted that they gave him an “offer he could not refuse.”

Producers were so confident that Picard would be a success that they renewed the series for a second season, before the first episode ever aired. There is no news when Picard Season 2 will begin filming. Nor is there any indication when fans should expect to watch the next installments of the hit series. Currently, all television production is halted due to Covid-19.

Be sure to check back with TV Shows Ace for the latest Star Trek news.