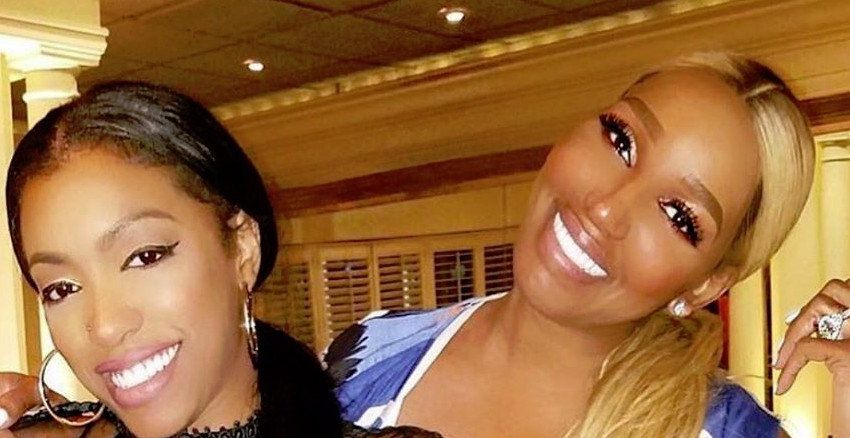 The Real Housewives of Atlanta star NeNe Leakes virtually stormed off the Season 12 reunion. Now she might be storming off the show completely. She opens up about why she “goes back and forth” about returning for another season.

One of NeNe’s biggest reunion feuds involved Kandi Burress. Despite the bad blood, NeNe wished her former friend a happy birthday. And called her out at the same time.

RHOA Season 12 May Be NeNe’s Last

Season 12 of RHOA started off bumpy for NeNe. As People reports, she missed the first three episodes due to contract negotiations. Over the course of the season, NeNe feuds with one co-star or another.

The tension reached a boiling point during the virtual three-part reunion. The third part of the reunion has yet to air. But the reunion trailer shows NeNe closing her laptop twice, essentially storming off stage.

In January, talk show host Wendy Williams spilled that NeNe was ‘quitting’ RHOA, TV Shows Ace reported. At the time, NeNe denied the rumors, saying she was merely venting to a friend.

However, now that Season 12 is wrapping up, NeNe has a lot to consider when it comes to returning for another season.

NeNe says that she struggles “every day” with staying or leaving. She reveals that the coronavirus quarantine has changed her priorities. She says that it’s made her “appreciate a lot of things about my life.”

“I can’t have these girls fighting with me on TV for no reason anymore. And if that’s all you want from me, I have to move on and I got to go. Me and my wig got to leave, honey.”

NeNe may be “moving forward” with her life. However, she’s open to “compromise” with Bravo.

What Has to Change for NeNe to Return

The RHOA star implies that the network hasn’t approached her about returning for Season 13. She says for her return to happen, she needs to have a “big conversation” with Bravo. NeNe says, “If they value their talent in some sort of way, then we need to talk. We need to come up with some sort of compromise here.

What kind of compromise is the Glee alum looking for? For starters, a cast that doesn’t attack her “over and over” over nothing. She tells People that she’s “still human” and the fighting “stresses me out.”

NeNe thinks that the producers should bring in new people to shake up the cast. The RHOA veteran believes that her current cast members are “focused” on starting fights with her. She asks, “Why do they argue with me every time they see me?”

RHOA’s Kandi Burress is one of the ladies who argued with NeNe a lot toward the end of the season. In fact, the two got into a heated argument at the virtual reunion that caused NeNe to walk away from her laptop.

Despite the tension, NeNe didn’t miss a chance to wish her former friend a Happy Birthday. With a little shade thrown in. NeNe posted a photo of her and Kandi on social media. In the photo, Kandi is rolling her eyes while NeNe is scrunching up her face.

NeNe writes in the caption that it is her favorite photo of the two RHOA stars. She goes on to wish Kandi a Happy Birthday. NeNe then promoted the second part of the reunion that aired on May 17.

She encouraged fans to tune in to watch Kandi “have the fakest, want some smoke, beef” with her.

I will NOT let the fake beef YOU made up to stop me from wishing you a Happy Birthday & posting my favorite pic of us Kandi. Everybody go wish @kandi a Happy Birthday! Then tune into #RHOA to watch Kandi have the fakest, want some smoke, beef wit Nene segment at 8pm TONIGHT on @bravotv #happybirthdaynumber2 #forgetable #kandiman #funshaderight #mrsatlantaonly 😂🎂

Part 3 of The Real Housewives of Atlanta Season 12 reunion airs on Sunday, May 24 on Bravo. Check out the preview on BravoTV.