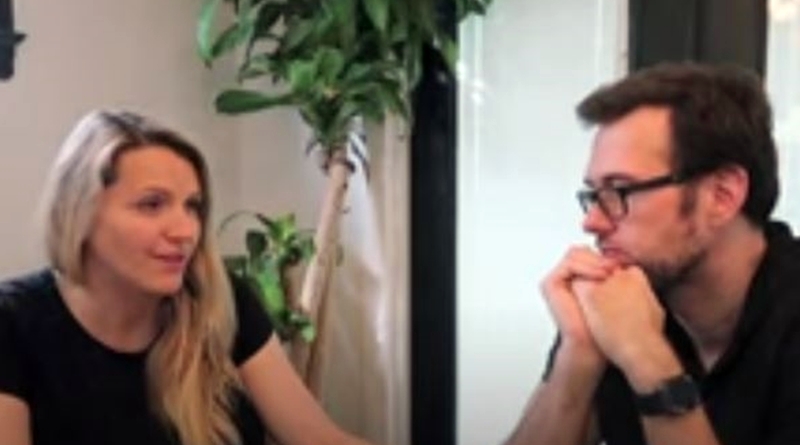 Once Upon A Quarantime follows a similar format to the TLC show, 90 Day Fiance: Self Quarantined. Usually associated with Married At First Sight, Lifetime also enters the world of remote recording content during the coronavirus. The show premieres on May 20 in an hour-long special. The network dropped a very short trailer on May 15.

Once Upon A Quarantime – new remote content for Lifetime

TV Shows Ace reported that Lifetime follows other networks with the idea of remote filming. On April 8, we reported that they ordered a new series named Married at First Sight: Couples Cam. For the foreseeable future, new content for many networks involves remote filming due to the coronavirus. In fact, the American Idol show, one of the first to try it out, concluded successfully on May 17. Now, another show arrives on Wednesday on Lifetime.

The trailer reveals four couples. Meaww reported these include “Shannon and John from New Jersey,” and “Jennifer and Romain from California.” Then, there’s “France, Camillia and Marquis from Ohio,” and “Crystal and Luis from Southern California.” In the trailer, only 42 seconds long, a brief glimpse of each couple got revealed on YouTube. The caption said, “Once Upon a Quarantime follows four couples who have been self-filming their new reality during the crisis.”

The couples on the new show

The show starts at 9 pm ET/PT. Fans see that one couple lives in separate countries during the quarantine. Jennifer and Romain planned a wedding in France. But, the virus stopped that. Jennifer sits in California and Romain awaits a new normal in France. Next, fans see that Camilla and Marquis await the arrival of their third baby. Then, there’s Shannon and John. They expect their first baby. They decided on a home birth, but John worries about that. (More about them follows further on).

The final couple faces some family pressure. Meaww noted, “Everything about Crystal and Luis’ Mexican wedding is all planned.” They added, “Their families who live in Mexico [pressure] them to come down and get married. But they are not sure – if they go there, will they get to return?” Watch the trailer below for short snippets of each couple on Once Upon a Quarantime.

More about Shannon and John

On the YouTube trailer, one person mentioned they feature as the pregnant couple. They commented, “That’s us!! We are the pregnant couple! Can’t thank Lifetime enough for this special opportunity!!’ Their account, That DIY Couple on YouTube explains more about them. They describe themselves as “[a] young couple youtubing about health, wealth and silliness. While food plant based eaters. Real estate investors. DIYers.”

Actually, they already shared quite a bit about their baby on their own channel. Three weeks ago, they shared a video titled Pregnant During the Coronavirus? In that, they told fans in an update that they changed their minds about a hospital birth. They decided on the home birth because of the spread of the coronavirus. The couple asked people for some tips as Shannon arranged a midwife delivery. No doubt, more info comes on the Once Upon A Quarantime show.

Remember to check back with TV Shows Ace often for more news about the cast of Once Upon A Quarantime on Lifetime.