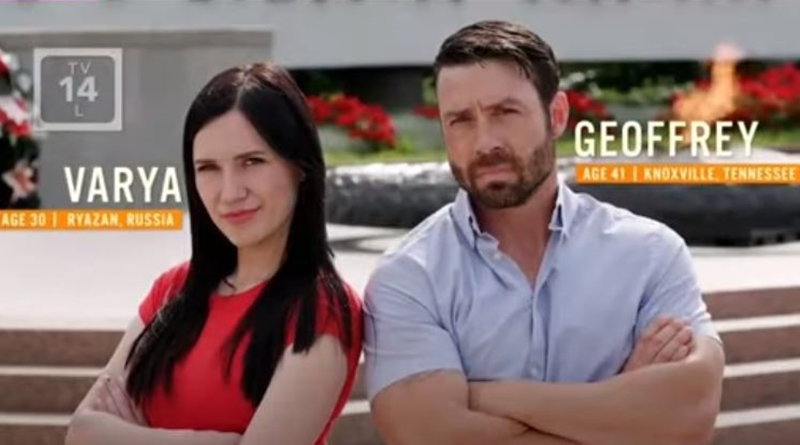 90 Day Fiance critics slam Geoffrey Paschel. They condemn him as an abuser as he faces allegations of that nature in a pending court case. He claims his innocence, and he says that it all arises out of a child custody case. Plus, they hate his chequered past that saw him end up inside jail. So, it’s rather surprising that fans now call for him on 90 Day Fiance: Pillow Talk.

TV Shows Ace reported on an exclusive interview by Geoffrey. He stayed well away from his controversial court case, as it might damage his defense. But he talked about how he loves nature. He studied it and really connected with the subject. Followers of the show often see him out and about chopping wood in the forest. But, the article got condemned roundly by haters on Facebook groups as it never dwelled on the as-yet unproven allegations of abuse.

However, an interesting thing arose on Twitter over the weekend. The 90 Day Fiance account shared a post about Molly and Cynthia returning to Pillow Talk. The post showed a photo of them. The caption read, “They’re baaccck! You DON’T want to miss what Molly and Cynthia have to say, starting now on #90DayFiance: Pillow Talk.” Well, plenty of fans loved hearing about the return of the two women. But, some fans commented about Varya and Geoffrey. Surprisingly, despite the hate, they wouldn’t mind seeing either of them on Pillow Talk.

The fans who spoke about Geoffrey seem like non-Geoffrey supporters. And notably, on his Instagram, lots of them support him. Nevertheless, these people on Twitter would like him on the show. It seems the show bores them a bit, and they look for controversy and drama. Actually, while fans hate some of the cast, it seems they love to hate. Every season, they focus on one or two individuals and find a reason to hate and create drama around them. Paradoxically, that only leads to good ratings and reappearances in the franchise.

One 90 Day Fiance follower said, “Always love their reactions! But why can’t we see Geoffrey or Varya on Pillow Talk?” Another one commented, “Agree. Lisa is horrible and Yolanda is tired. We need Geoffrey drama on pillow talk. Enough with the pc bs.” Not everyone’s excited about the idea and one follower noted, “Geoffrey is a douche bucket!!! But I feel like that scene was scripted cuz he opened the door looking fresh to death and his new gal in full make up. Regardless my heart broke for Varya!!!” So, yes, they certainly bring much-needed drama to the show.

Always love their reactions! 😂
But why can't we see Geoffrey or Varya on Pillow Talk?

What do you think about some fans hoping that Geffrey Paschel and/or Varya feature on 90 Day Fiance: Pillow Talk? Sound off in the comments below.