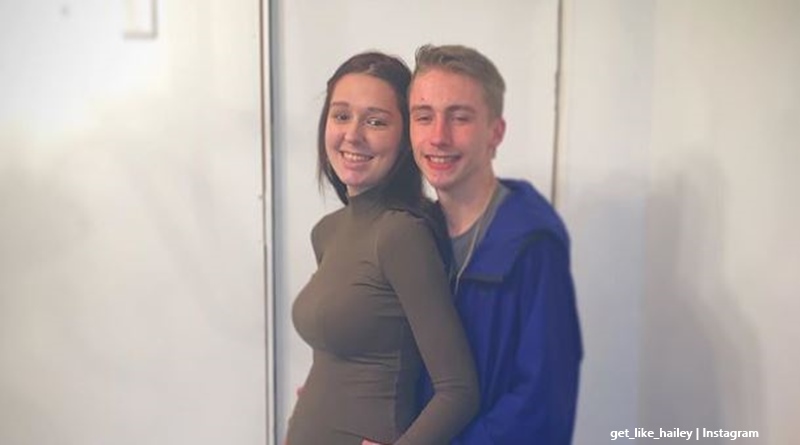 Unexpected fans know that Matthew Blevins and Hailey Tilford had a major bust-up before the birth of Levi. He denied he’s the dad of Levi, and Hailey told him he’d never see her child. In fact, she told him if he wants to see Levi he should get a DNA test done. Now, Hailey updated that he’s still in denial.

Hailey Tilford updated her fans in a Q&A on Instagram on Friday. When fans asked about Matthew, she replied that he never saw Levi. Plus, he still never took a DNA test. In fact, he never even asked her about Levi since his birth two months ago. Hailey said that she even offered to pay for the test. But, he never took up that opportunity. As far as it stands for Hailey, he’s just a “deadbeat dad.” But, she said he pays some money towards his first child with Hailey Tomlinson, Kinsley.

It’s rather interesting that Hailey Tomlinson seems to accept that Matthew’s the dad of Levi. After all, the two young moms agreed that her daughter and Levi could meet. That’s because they’re siblings. Hailey Tomlinson shared on her Instagram about the day the two kids met each other. The denials that he’s not the dad started way back when Hailey Tilford went to her baby shower. Unexpected fan fans noticed that Matthew never featured in any of the photos.

Matthew seemed jealous over Cole, announced he’s no the dad of Levi

TV Shows Ace reported that Hailey 2 took to her Instagram and in a Live, she blasted Matthew. She said that he “denied he’s the dad of their son.” She, like many fans she also noted that he changed his Instagram profile and removed the bit that said he’s the dad of Levi.  Plus, he openly said during the Live, that someone else fathered the child. Hailey responded, “We’ll be just fine without you.” Plus, she raged at Matthew, saying, “Don’t switch up now, you’re done for.” Her final words were, “You will NEVER meet MY child.”

But in the various fall-outs that followed, it turned out that he could go for a DNA test if he wanted to see Levi. Well, it seems the Unexpected baby daddy never did that. And, he seemed particularly angry at an old flame of Hailey. Cole attended the baby shower. Since then, Hailey said that she really loves him. They first dated briefly back in high school and fans love that he stepped up in a father’s role to Levi. Actually, the couple officially dates these days.

At least Levi bonds with a man these days, and hopefully he grows up with a father figure in his life. As The Ashley’s Roundup noted, “her co-parenting relationship with Matthew is still non-existent.”