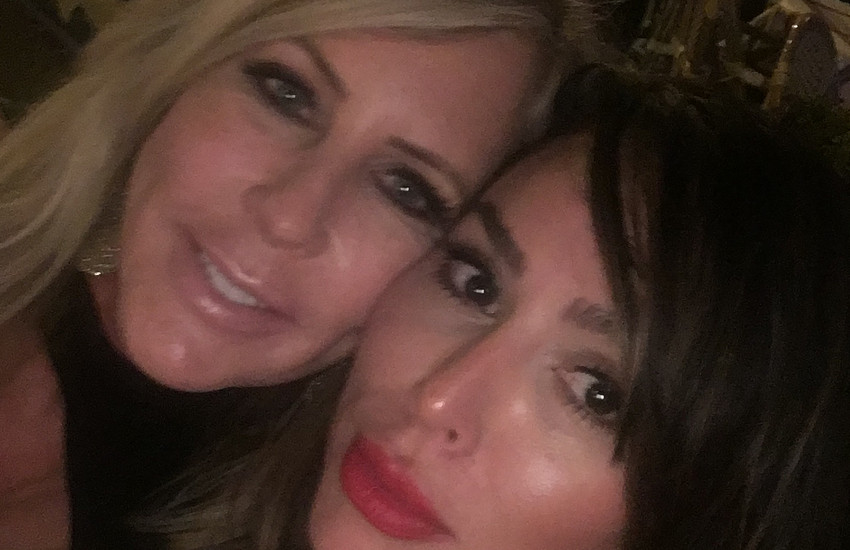 The Real Housewives of Orange County alum Vicki Gunvalson hasn’t quite left her orange behind. She recently opened up about how difficult it was for her to leave the show she started.

Even worse for Vicki is knowing that fans were ready for her departure long before she was.

There’s no love lost between Vicki and former RHOC co-star Kelly Dodd. In fact, Vicki finds it shocking that Bravo hasn’t fired the mouthy brunette yet.

Was Vicki fired from RHOC or did she walk away? Depending on your perspective, both can be true. Vicki was demoted to a part-time ‘friend of’ role ahead of Season 14.

It was such a bad experience for her that she vowed at BravoCon to never come back unless it was full-time.

Fast-forward to Bravo offering Vicki the same part-time role for Season 15. Vicki balked and walked away. Although it was her choice to leave, she is still not over it.

She dished all things RHOC on a recent episode of her podcast, Whoop It Up With Vicki. A writer from online gossip site Hollywood Life was Vicki’s guest on the podcast.

While Vicki says she “respects” Bravo’s decision, there was another part of her exit that she still struggles with. Losing the support of RHOC fans. According to Vicki, their feedback contributed to Bravo’s decision. Vicki says,

“What I came to find out is the viewers are ready for some new blood and that’s what I had to swallow, that big pill.”

TV Shows Ace reports that Vicki doesn’t think the show will make it without her. While Vicki left after Season 14, Season 15 has yet to film or air due to production delays.

Vicki shared a teaser of the podcast on her Instagram. In the clip, she talks about how addictive fame is. Vicki says that many of the RHOC alum have financial trouble after they leave the show because they aren’t prepared for missing their Bravo paycheck.

In addition, Vicki believes the fame that comes with being on TV is addictive. She says,  “It was a natural high, filming and being a part of the cast and doing all the press afterwards. “

Vicki also reveals that RHONY star Ramona Singer worries she will be the next OG of the Real Housewives franchises to get fired.

I am so excited for you all to hear tomorrow’s @whoopitupwithvicki #podcast episode! I sit down and spill the tea with @hollywoodlife reporter Lanae Brody @lbrody1686. We talk all things Housewives, dish Bravo-lebrity stories from BravoCon, and a whole lot more. This episode drops tomorrow, don’t forget to #subscribe today wherever you get your podcasts so you don’t miss it! #whoopitup #rhoc #spillthetea #stayhome #staysafe

While Vicki ‘loved’ being on RHOC, she clearly didn’t love all of her co-stars. As fans know, Vicki tussled with Kelly Dodd frequently during their seasons together. The two made amends during the Season 14 reunion but it didn’t last long.

Vicki threw some shade at Kelly on this week’s podcast, The Blast reports. The real estate CEO takes issue with Kelly getting away with saying “whatever she wants to say no matter what and has no recourse.”

Kelly just faced more fan backlash for a new wave of ignorant comments about COVID-19. (Interestingly, Vicki also faced backlash for saying almost the exact same thing. Both said that people are going to die regardless.)

Vicki admits that she finds it “shocking” than Bravo brings Kelly back “every year.”

Tell us in the comments if you think RHOC can succeed without Vicki.

Check back with TV Shows Ace for updates on when The Real Housewives of Orange County Season 15 will resume filming.