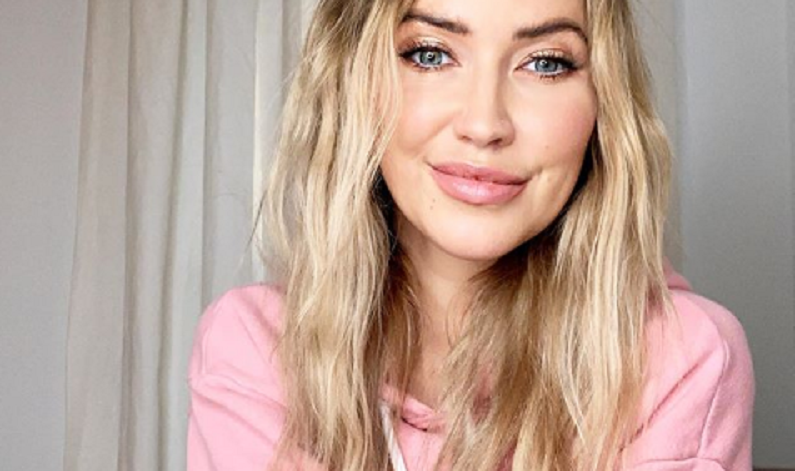 Kaitlyn Bristowe revealed whether she would return to reality television. This comes after the Bachelorette alum released her new single called “If I’m Being Honest.” Her song went to the top of the iTunes charts. It’s clear that she wants to focus on music these days.

But now that she’s back in the spotlight, would she consider doing reality television again? Kaitlyn made her feelings clear about the Bachelor franchise in the past. She even shared her feelings for an unnamed member of Bachelor Nation and got into a public feud with creator Mike Fleiss. Does that mean Kaitlyn has no interest in reality television?

Kaitlyn Bristowe is “not against” reality television, per se

The 34-year-old speculated over her return to reality TV on the “Off the Vine” podcast on Friday, May 15, per Us Weekly. Kaitlyn Bristowe is “not against” the idea, but there’s something about returning to reality TV that scares her. She doesn’t want to share her relationship with Jason Tartick with the world. As most people know, reality television is a curse among relationships.

“I feel like it’s hard on a relationship and I don’t want to do anything that puts a strain on our relationship,” Kaitlyn Bristowe explained. “I am motivated by happiness and not money.”

If Kaitlyn were to return to reality television, she would want complete creative control. But it may be boring for Bachelor Nation. She doesn’t want to create drama just for drama’s sake. The idea of manufacturing drama with her boyfriend scares her off. Kaitlyn would rather speak to Jason about it before doing a reality show together.

Adding one more thing to my resume TONIGHT AT MIDNIGHT. Any guesses what I’m going to release???? Hint. I’m freakin terrified.

She was engaged to Shawn Booth during the finale episode of her season of The Bachelorette. The two ended their relationship in November 2018 after three years. Kaitlyn started dating Jason in January 2019. She feels that her boyfriend is too normal for reality television. He wouldn’t engage in an argument with her.

“Even if I try to argue with him, he’s just so calm, cool and collected, and so logical that I’m, like, we’d be boring TV,” she joked.

Kaitlyn shared her feelings for the ABC franchise after appearing on Season 19 of The Bachelor and Season 11 of The Bachelorette. Earlier this year, the former reality star revealed her “bitter feelings” toward a particular person from Bachelor Nation. Most fans assumed it was her ex-fiancée.

The Bachelorette caused her to slip back into depression

Maybe reality television isn’t a good idea. In an exclusive interview with Us Weekly, Kaitlyn Bristowe previously revealed that she slipped back into depression when she filmed her season of The Bachelorette. She was first diagnosed with the condition in her 20s.

“I didn’t get anywhere near where I was in that really dark time, but I definitely struggled with depression during the show and while I was facing all that scrutiny,” she revealed during the Friday, May 15 interview.

If I’m being honest, I didn’t think I would ever release this song. I was too afraid, insecure, and kept doing the classic “what if”. I don’t know who needs to hear this but f*ck the what if’s. This uncertain time has shed light on how important time is. So while this song has been collecting dust for over a year, I’ve finally decided to share it with you. Singing has always been something that makes my heart happy. So if I’m being honest, Im still feeling insecure, yet PROUD to share this with you now. I even think we can all relate to the lyrics right now. It’s available wherever you get your music or my bio. Love you guys. Thank you. #IfImBeingHonest Also huge shout out to @jennifer_denmark @savannahkeyesmusic for helping me write this, and @itsmikemiller for producing it.

Being in the spotlight led to her mental health decline. She also struggled following her split from Shawn. But she is aware that these feelings are just “temporary.” Nowadays, Kaitlyn has found a healthy way to better manage her feelings.

Check back with TV Shows Ace for more news on Kaitlyn Bristowe.

Is Hannah Brown Engaged? Star Sports Giant Ring At Birthday Party
Dean Unglert Talks Boom Boom Room And Other ‘BIP’ Secrets
Separation Over, Isabel & Jacob Roloff Back Together
Wells Adams Will Not Be Taking Over For Chris Harrison
Could Hallmark, Lifetime Christmas Movies Be Canceled Due To Hollywood Strike?