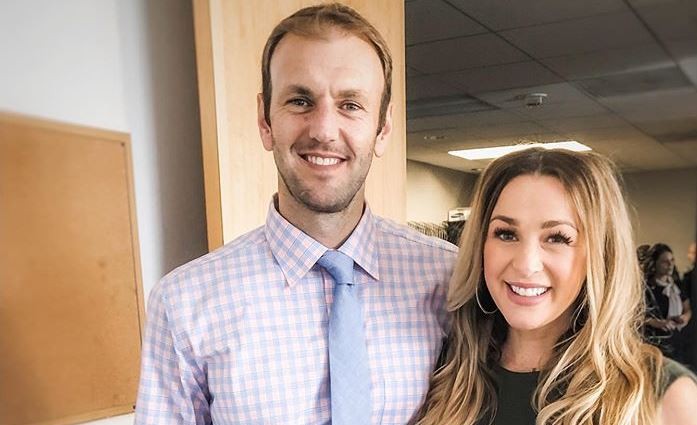 Married at First Sight alums Jamie Otis and Doug Hehner welcomed their son to the world May 13. Originally the couple had decided to name their son Hayes Douglas. However, after some signs, Jamie and Doug have decided to change his name. And the new name is definitely official and on the birth certificate.

Sweet baby Hayes has been living RENT FREE for 40 weeks & 1 day!🤰🏼 It’s time he comes out and starts paying back rent!💯 Snuggles, baby smiles, and sloppy baby kisses are acceptable forms of payment!🤱🏻🥰⁣ ⁣ I *loooove* my bump & feeling him move inside me. I’m cherishing these last moments of him hearing every beat of my heart, every breath I take & feeling ALL my love.👶🏼🌈💙⁣ ⁣ …BUT, I don’t know HOW he’s still in there?🤯 For the last 3 weeks I’ve been thinking “any day now” 🤣 ….At this point I feel like I’m going to be pregnant forever!🤪😂

Doug and Jamie went to Instagram to share the news that they had decided to change their son’s name. They felt bad they were not live more during her labor and birth so they wanted to share with fans on Instagram. Jamie talked about how the name they have now chosen is loosely connected to the son they lost. She lost Jonathan when she was only 17 weeks pregnant. He was too premature to survive.

A name specialist had told Jamie and Doug that Hendrix was loosely associated with the name Jonathan. The two had really liked this name, but somehow they had still decided on Hayes. Then, Jamie said she saw a rainbow on her way home from her midwife appointment. It was on her due date! She felt this was another sign. And, she said on their babymoon, earlier in her pregnancy, they saw a double rainbow. Technically, their new baby is their double rainbow baby. Jamie had suffered pregnancy loss prior to carrying their new son.

Perhaps the biggest sign of all came when he entered the world. Right when he came out Doug mistakenly called him Hendrix. Jamie was also not thinking Hayes and said the wrong name when she saw him. After talking about it, they changed it. Hayes Douglas is now officially Hendrix Douglas Hehner.

Just in case you missed the News…. . Both @jamienotis and I mistakenly called him the wrong name when he first came out, which made us rethink what his first name should be. 🤔🤔 . So we took that as a sign to make it official, and decided to NOT call him Hayes Douglas, but instead…….? . . #babyboy #homebirth #happy #dadlife #momlife #toddlerlife #marriedatfirstsight #realitytv #parenting #positivity #thankyoufrans

Other things she shared about her experience

In their video, Jamie and Doug also answered some questions fans had brought up. Jamie said she felt bad and even cried because some fans expressed disappointment in her. Fans expressed being upset with her for not going live more during labor. She had a relatively fast labor and the pain was so intense she couldn’t be live and push through the pain. Her midwife arrived at approximately 1:30 and her son made his debut by 3:37.

They even shared the inflatable tub they had was drained down their actual bathtub after she gave birth! Jamie and Doug both said cleanup at a hospital is definitely easier than cleanup during a home birth. And, she would know being a labor and delivery nurse.

They both also said their daughter is adjusting well to having a baby brother. However, they did say she doesn’t quite understand yet how gentle she has to be with him.

He’s adorable and the Hehner family is soaking him up. Stay tuned for more updates on Doug and Jamie and all your fave celebrities.