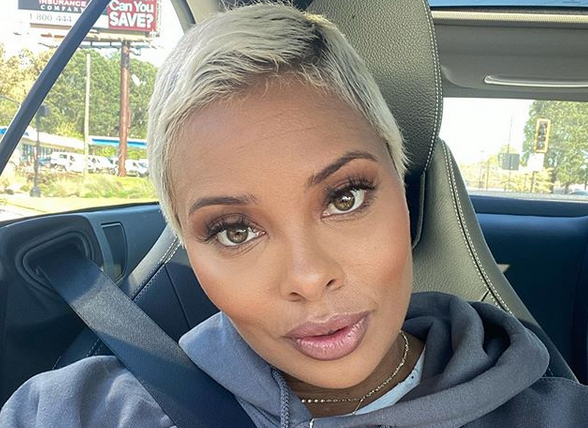 Part Two of the Real Housewives of Atlanta Season 12 Reunion airs this Sunday, May 17. On an Us Weekly exclusive preview of the show, host Andy Cohen asks Eva Marcille about her ex-boyfriend, Kevin McCall. While discussing her relationship with Kevin, the RHOA star breaks down crying. Kevin physically abused Eva and left her broken. Years later, Eva still struggles to talk about it.

In April 2019, Eva opened up about her abusive relationship with Kevin on “The Ricky Smiley Morning Show.” The RHOA star described her ex-boyfriend as “extremely violent” and “physically abusive.” Kevin has acted this way in other relationships as well and ended up in jail for it. However, he paid his $75,000 bail within a day.

Eva reported that her relationship with Kevin was fine until she found out she was pregnant with their daughter, Marley. During Eva’s pregnancy, Kevin began to physically abuse her. Eva thought that things might get better once the baby was born, but it only got worse. She’d finally had enough when Kevin chased after Eva with Marley in her arms. After this incident, Eva ended the relationship.

For a while after the breakup, Eva felt like she was being watched or threatened. She understands the lasting effects of abuse and wants to help victims. The RHOA star encourages other victims of abuse by telling her own story publicly. She says that she feels sorry for anyone in that position and hopes that they have the strength to get away from their abusers. Eva also reminds fans that they likely know somebody who is being abused and is afraid to talk about it.

Us Weekly posted a preview of the RHOA Season 12 Reunion Part 2. In this sneak peek, Andy says to Eva and Kenya Moore, “I mean, you know, you’re both such strong women, and it just goes to show you can be a very strong person and fall in with the wrong guy who could maybe, you know, treat you not so well.” This touchy subject triggers some strong emotions on the call.

As Eva is explaining that Marley makes her abusive relationship worth it, she begins to tear up. Kenya shows her support for Eva, after which Eva takes out her earbuds and says, “I need a second.” She then leaves the room, expressing that she doesn’t like talking about Kevin.

Eva is now in a much healthier relationship with Michael Sterling. The couple got married in 2018 and have since had two sons, Michael Jr. and Maverick. To erase Kevin from their lives, Eva decided to change Marley’s last name to Sterling as well.

You can watch the RHOA Season 12 Reunion Part 2 on Bravo on Sunday, May 17 at 8 p.m. ET. Check TV Shows Ace for more updates.