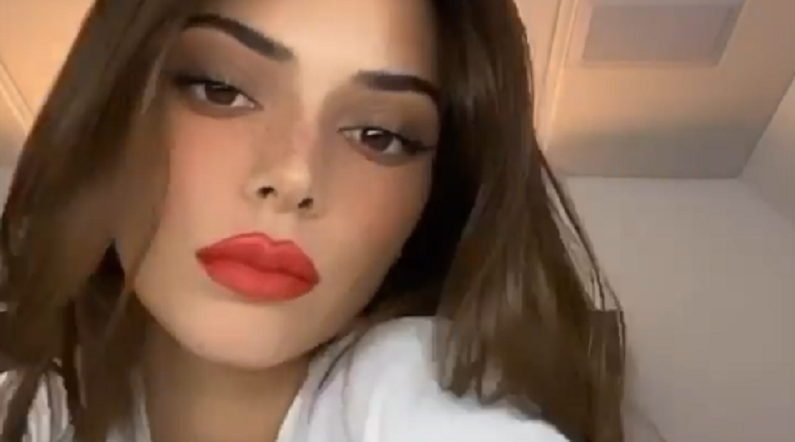 Kendall revealed that she’s felt “anxious” and “lonely” during the quarantine. Now she’s on the search for the “little remedies” amid the pandemic. The 24-year-old partnered up with fashion designer Kenneth Cole to create awareness for mental health on social media. Read on to learn more about Kendall’s mental health issues.

Per Us Weekly, Kendall Jenner is collaborating with Kenneth Cole to launch The Mental Health Coalition amid the coronavirus pandemic. On Thursday, May 14, she took part in the “How Are You Really?” social media challenge, which helps to remove the stigma associated with mental health. Kenneth and Kendall want to help those who are struggling during the quarantine.

“I have been doing a lot of thinking during quarantine, mostly about mental health,” Kendall admitted.

She revealed that she has “really good days, where I wake up in the morning and make a list of what I want to get done. I’ll be super productive.” But then she feels “anxious” on the days where she doesn’t have much on her plate. Kendall relieves stress by meditating, reading, or sitting outside in nature. She likes to switch it up since it depends on her mood.

“I will say my bad days aren’t the greatest,” Kendall continued. “I’m trying to get through them, I’m trying to find my little remedies and not feel alone.”

The hardest part of the pandemic is that she was “feeling alone in all of it.” She was glad to participate in this challenge because she no longer feels alone with her feelings. The model also wants to remove the stigma that’s still associated with mental health. Kendall feels that it’s important for people to “connect and feel like we’re in this together.”

She wants to connect with her fans. On Friday, May 15 she addressed her past with anxiety and other mental health struggles during her video interview on Good Morning America. Kendall recalled the times when she suffered from panic attacks. Her anxious feelings went away on their own for several years before they returned.

“I would have crazy panic attacks,” Kendall admitted. “[I] finally kind of got the information that I needed about it. Honestly what I hope to accomplish is for people to not feel as alone.”

A post shared by The Mental Health Coalition (@mentalhealthcoalition)

The reality TV star also wants her followers to share their mental health stories as well. She and the Mental Health Coalition are asking people to use the hashtag “#howareyoureallychallenge” and post a video on Instagram with their own mental health story.

The Mental Health Coalition’s social media challenge debuted during May, which is also Mental Health Awareness Month in the U.S. It’s also happening during the coronavirus pandemic, which has affected the mental health of almost half of adults in the U.S., according to recent data.

Check back with TV Shows Ace for the latest news on Kendall Jenner.