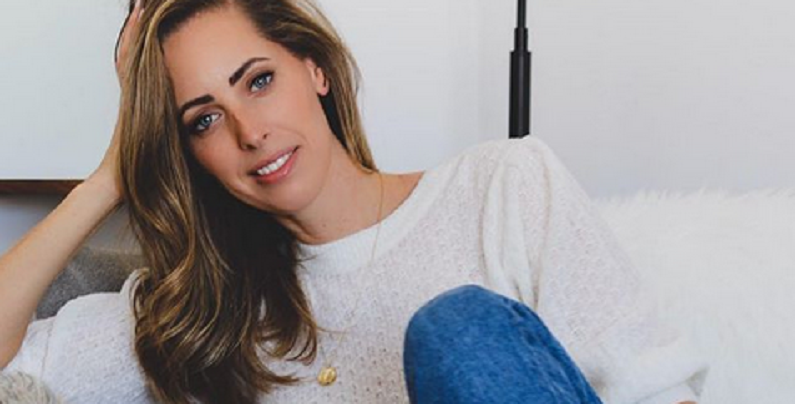 Chief stew Jenna MacGillivray from Below Deck Sailing Yacht deals with a lot of social media backlash. Viewers say she’s the worst chief stew out of the entire franchise. Most think she’s even worse than Adrian Gang from Season 1 of Below Deck. She couldn’t hold back anymore. She had to let her feelings out.

Yesterday, Jenna MacGillivray addressed the backlash on her Instagram Stories. Although being on reality TV comes with major hate, she doesn’t think it’s right to bash her when they don’t really know her. MacGillivray shared an emotional post, revealing that the hate caused her to breakdown.

On Friday, May 15, Jenna MacGillivray took to her Instagram Stories to address that social media hate. Below Deck Sailing Yacht fans take to Twitter every Monday night to exclaim some of their frustrations with the new chief stew. However, some of those comments ended up on her Instagram page. MacGillivray took notice and told the online trolls that there is no need to bash her.

“I can only be strong for so long,” MacGillivray wrote. “The amount of s*** I’ve gotten online is getting to me. Please, if you feel the need to write something awful to me, don’t. I’m a person with feelings and it’s too much.”

Paget Berry defended MacGillivray on his Instagram Stories. He reposted comments made by his girlfriend, Ciara Duggan, and supported her remarks. She said that the amount of hate that MacGillivray has received since the start of the season is atrocious. While viewers can express their opinions, some of their words can be hurtful.

Chief stew addressed the online backlash in the past as well

“Being part of this process has really opened my eyes to the type of bullying and cruelty that exists online in a way that has shocked me,” MacGillivray wrote. “I am on a show. I agreed to share myself with the world and all that comes with it, however, I will remind people that I do not support abuse when I can stop it.”

Hi! So, I have mentioned before that I will ALWAYS advocate for myself, and anyone else who needs it. Being part of this process has really opened my eyes to the type of bullying and cruelty that exists online in a way that has shocked me. I am on a show. I agreed to share myself with the world and all that comes with it, however, I will remind people that I do not support abuse when I can stop it. So when people send abusive messages (that are literally repulsive to read), I will not listen to that. Some people have been shocked that I have the nerve not to allow abusive messages to remain on my own page. I am one person, but I know this goes on in various forms all over the internet and it is not ok. The hateful messages have not made me reevaluate myself (as some of you had hoped) because I am a strong woman and I know who I am in real life. It is ok to disagree with how I am as a Chief Stew, it is not ok to continually harass and verbally abuse anyone. The people that follow my page, or know me personally know who I am, and above all, I know who I am. We are all capable of making mistakes, of being short at times with others, of feeling frustrated, and I am able to recognize things I want to improve in myself as I continue to grow and learn as a person in life in general. I loved being part of the show. I loved working with the crew. And I love all the positive responses I do get. Thank you.

MacGillivray says some of the messages make her sick to her stomach. The reality star refuses to let the hate get to her. Instead, she will not allow abusive messages on her social media accounts. However, it’s been hard for her to block the hurtful messages across all platforms.

Last month, Jenna MacGillivray did some reflecting. She took to Instagram to post an apology to her fellow crew members for her behavior on Below Deck Sailing Yacht. Fans felt that she bullied the other crew members, including stews Georgia Grubler and Madison Stalker.

It’s rare that I don’t get along with people. So doing this season was stressful to have conflict. I’m going to keep this short and simple. And I’d appreciate it if people took my words as truth, and not just an attempt to get favour. I apologize for some of my behaviour. It was not my intent to belittle or hurt people in any way, but I understand that’s what happened to some people, as a result of my actions. No one is perfect. And when people say “I hope you’re watching and self reflecting”, I am. Some of the show is hard to watch. It’s different for me because I know my intentions but I certainly understand on all boats there are varying personalities and I am not easy for everyone. I came in guns blazing. I wanted to give the best experience to the guests, and I understand that at times that meant I wasn’t focused on the girls. I should’ve spent more time. And that is a regret of mine. I was focused on Adam. And just managing everything to the best of my ability and sometimes I failed. I wanted to have fun with everyone. And I understand sometimes my words came across in a harsh way. And for that I am sorry. To Georgia, Madison, and Parker. I will never say any of you weren’t working your asses off. There were dynamics that were at times difficult. So again. I am sorry. I would never want someone to feel like shit because of me. And that’s the truth.

MacGillivray took to Instagram to express her sorrow for her actions. She posted an emotional letter that she wrote after weeks of watching Season 1 of Below Deck Sailing Yacht. She admits that watching herself has been hard. After she realized that her words hurt others, she issued an apology to Stalker, Grubler, and Parker McCown.