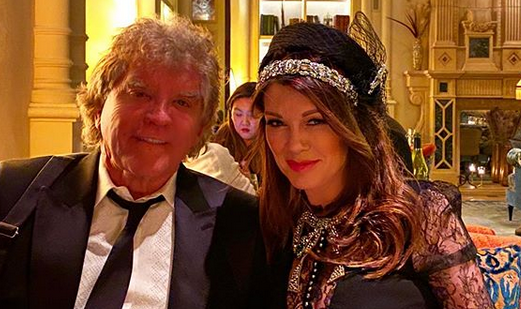 Lisa Vanderpump and Ken Todd of Vanderpump Rules own several restaurants and bars, the most famous of which is SUR. This restaurant is over 20 years old and is the setting of VPR. They’ve been forced to close the restaurant due to the coronavirus. Lisa and Ken are taking this time as an opportunity to do some remodeling to SUR. As if that’s not enough excitement during the pandemic shutdown, the couple is considering opening a new bar with Tom Schwartz and Tom Sandoval. In addition to keeping up with their restaurants, Lisa and Ken make sure to check on their staff.

An insider gave Us Weekly some exclusive updates about SUR. Although Lisa and Ken want their restaurant’s new look to be a surprise, they promise that it will be exciting. They’ve been checking in with government officials to determine when the restaurant will be able to open back up. Until then, they plan to keep working on the restaurant’s renovations.

Even though Lisa and Ken haven’t been able to see their employees during quarantine, they’ve been keeping in touch via text and phone calls. They’ve also been talking to the employees of their other numerous restaurants. According to Us Weekly, most of the crew is staying their families during this time off. While the coronavirus has many negative effects, VPR stars are taking advantage of this time by catching up with family members.

While SUR is Lisa and Ken’s most famous restaurant, the couple owns several other restaurants as well. One of their newer bars, Tom Tom, seems to be thriving. Tom Tom is owned by Lisa, Ken, and VPR‘s Tom Schwartz and Tom Sandoval. The Hollywood bar opened in August 2018 and has earned twice the amount the owners invested in it.

VPR star Jax Taylor recently insulted Tom Tom on Instagram, calling it a “money pit.” Despite the bar’s impressive profit, Taylor claimed that Tom Tom isn’t prosperous. According Us Weekly, Taylor’s comments were fueled by the long-standing conflict between him and the Tom Tom owners. It seems that Taylor is also jealous of Schwartz and Sandoval’s success with the bar.

The owners of Tom Tom have mentioned wanting to open a new bar on the East Coast. They’ve considered keeping the same theme and carrying the name over to the new place. Or, they might do something completely different with a new name.

What renovations do you hope to see at SUR? Do you think a second Tom Tom bar would be a hit? Let us know in the comments, and check TV Shows Ace for more updates.