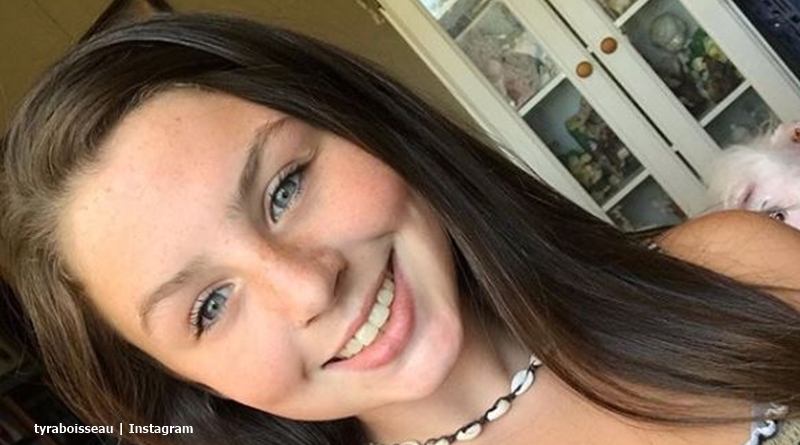 Unexpected star, Tyra Boisseau’s not all that active on Instagram. She only features 46 posts there. Granted some photos of her ex, Alex Wilson disappeared and were probably deleted. They split and it looks like that’s permanent. While Tyra runs her YouTube account, fans seemed happy that she also opened a new fan account on Facebook.

Tyra took to Instagram on Thursday and announced her new account. She shared a photo of her new Facebook profile and told fans it’s separate from the other one. She noted, “I will not accept request[s] to my other one. it is for family only. So please send requests to this one ❤️❤️.” Plenty of fans already joined and sent their requests to Tyra. Fans really like the young mom. One fan commented, “YAY! I LOVE YOU SO MUCH & Look up to you too! So proud of you and love watching you be a mom! You’re so strong and independent 💗💗💪🏽.”

On her new Facebook account, she quickly racked up over 300 fans and more look likely to follow. So far, the Unexpected star only shared a couple of profile pics, but in time, hopefully, more goes up. Tyra’s popular with TLC fans as she seems rather mature. TV Shows Ace reported that even though she and Alex split, she still acknowledges that he’s a great dad to their daughter Layla. In January, fans heard that they both co-parent the little girl.

I now have a Facebook page for you guys!! I will not accept request to my other one it is for family only. So please send requests to this one ❤️❤️

Other updates about Tyra and Alex

Starcasm keeps fans up to date with the various cast members of the show. They dropped a new update about Tyra and Alex on May 14. While there’s a pregnancy again, this time, the outlet noted that it’s not Tyra or Alex involved. In fact, the pregnant lady’s Julie, Alex’s mom. Fans might recall that she appeared on the TLC show from time to time and in “the reunions.” Fans already know that she never actually raised Alex. His grandma took over parenting duties. Naturally, she regrets that now. So, maybe the new baby brings another chance.

Other Unexpected news, is not so happy. The outlet explained that Tyra shared some worrying news about her own grandma. She went to the hospital for a “surgical procedure.” After her discharge, she tested positive for the coronavirus. Tyra said that she returned to the hospital. But so far, she didn’t show very bad symptoms. Naturally, she prays for her gran and asked fans to do the same. Hopefully, she rides out the virus and recovers fully.

What do you think about Tyra opening a new account on Facebook just for her Unexpected fans? Hopefully, they see much more of Tyra and her lovely daughter, Layla. Sound off in the comments below.

Remember to check in with TV Shows Ace often for more news about TLC’s Unexpected.

WHAT? Josh Duggar Wants Trial Postponed For One Year
Meri Brown Gets Very Candid About ‘Queer’ People
‘LPBW:’ Wait! Does Jackson Roloff Have A Speech Problem?
Savannah Chrisley Gets Scolded By Fan For Wearing Barely Nothing?
Emma And Alex Make A Dating Profile For Their ‘Bossy’ Sister Anna