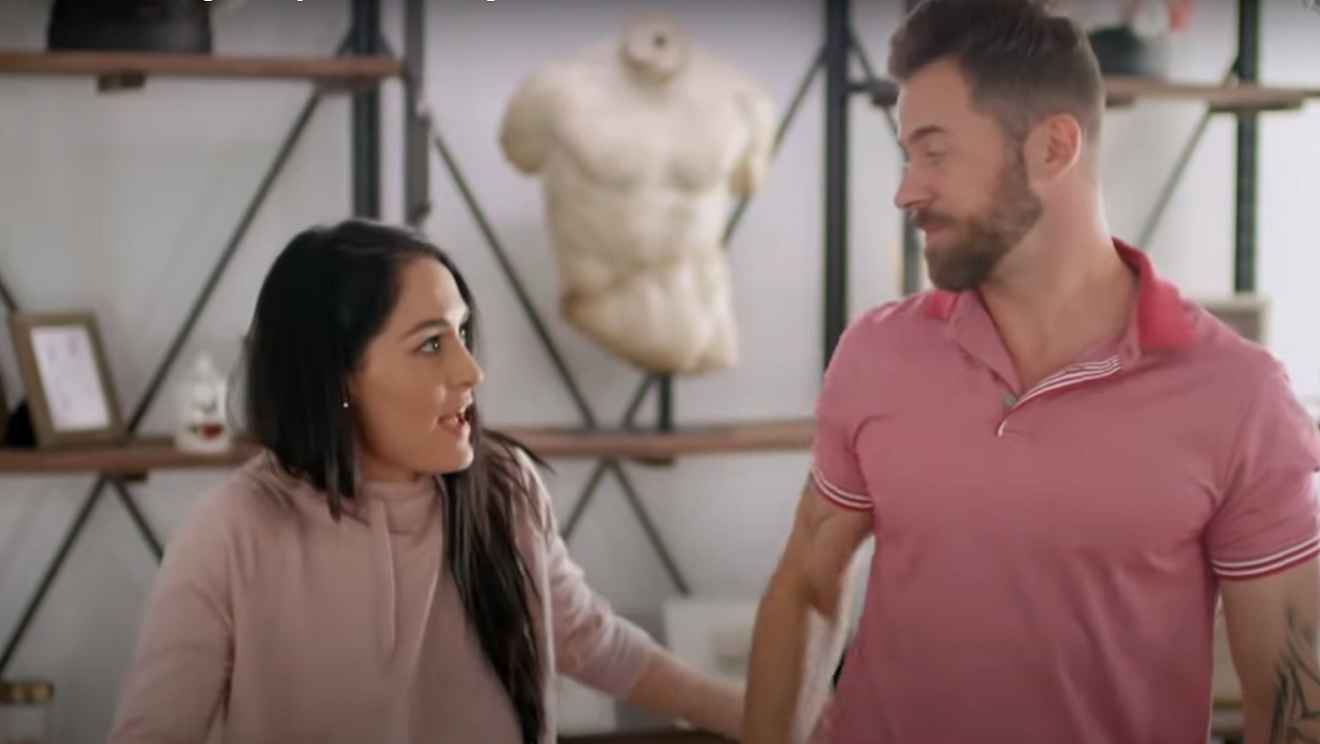 Worried Nikki Bella and Artem Chigvintsev of Total Bellas open up about a problem with their unborn baby. “Kind of had a heart scare,” the reality TV star explained during Wednesday’s Total Bellas Podcast.

She and Artem had to drive to Los Angeles to have their baby “double-checked.” There was a possible problem with the baby’s heart.

Nikki Bella of Total Bellas and her unborn baby

Nikki Bella of Total Bellas says their doctors had thought they saw a problem with their baby’s heart. Calling it a “heart scare,” she and Artem drove to Los Angeles to get the baby “double-checked.” Luckily, everything turned out to be fine. Nikki says they are so “blessed and happy about” it.

The E! reality star announced back in January that she and her twin sister Brie were both expecting. For Nikki and Artem, it is baby number one. However, for Brie, it is her second child with her husband, Daniel Bryan.

Nikki Bella speaks on finding out she was pregnant

In an Instagram post at the time, Nikki explains she couldn’t begin to describe how happy she is. In the post, she exclaims, “i’m GOING TO BE A MOM!!” Nikki says this is something she has wanted all her life.

Meanwhile, the Total Bellas star does admit she was “definitely shocked” to find out. She was also nervous, as she wasn’t expecting this. The reality star believes she wasn’t ready. But, she added the “journey of life is unpredictable.”

I finally got maternity clothes! I’m so grateful for @legoeheritage What I’m obsessed with them the most is their clothes don’t look like maternity, I still feel like me! And they are great for breastfeeding too! So it’s nice to buy maternity clothes that you can rock through your entire motherhood journey! 🥰 Use my code NIKKIXLEGOE for 10% off your purchase!

Even more amazing is the fact that Nikki and her twin sister Brie were pregnant together. On top of this, they are experiencing the same symptoms. She told Us Weekly, it was bizarre. Both Total Bellas were having the “exact same symptoms.” Both twins were nauseous during their first trimester. Brie says she was never sick when pregnant with her daughter, Birdie. Now, the twins are experiencing morning sickness all day long. Brie says feels a little like car sickness.

Nikki says she didn’t realize how the body changes would feel during pregnancy. The Total Bellas star explains she doesn’t mean “outer, but inner.” Nikki says there are days she gets really exhausted. After all, her body is going through so much. She adds she was afraid the “hangover feeling” wouldn’t go away. However, she does feel better now. According to the mom-to-be, she can feel when her baby is experiencing a growth spurt. She says when this happens she feels so “out of it.” She describes it as a “crazy” feeling.

Nikki and Artem first announced their relationship in January 2019. A year later, they announced they are expecting a child together. At that time, Brie also announced her pregnancy. Wishing both moms all the best during their pregnancies, with no more health scares!

Exclusive: ‘North Woods Law’ Returns To Animal Planet For New Season, Preview
‘Bold And The Beautiful’ Joe LoCicero Is Back As Vinny Walker But How?
Khloe Kardashian Reveals Truth About Relationship With Tristan Thompson: Are They Together?
‘Extreme Sisters’ Brooke Johnston Threatens Fans After Her Husband
‘Bachelor Klan’? Rachel Lindsay Burns Bachelor Nation To The Ground In Searing Interview