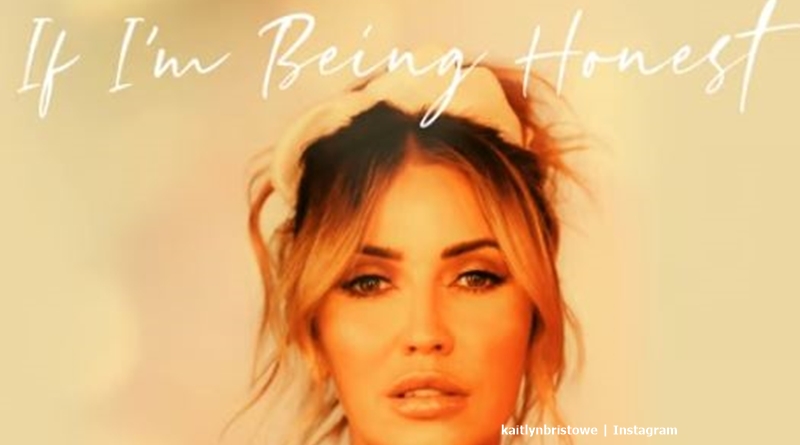 The Bachelorette alum, Kaitlyn Bristowe released a new song called If I’m Being Honest. Interestingly, she actually composed it a while back. But, she never really felt confident about it. After the surprise announcement, news came that she did really well. In fact, the song made it into the Top 2 on iTunes.

Kaitlyn became quite popular among Bachelor Nation fans. She seems like a kind person and even found the time to say something comforting to her ex, Shawn Booth. TV Shows Ace reported that came after he told his fans his beloved dog, Tucker passed away. Actually, the couple appeared in Season 11 of the show. In November 2018, they broke it off. But few people even knew that Kaitlyn nursed a hidden talent.

Admittedly, she moved to Nashville. And, once she hosted a show in Broadway in 2017. At the time, she “I grew up dancing and singing, and I just love everything about that,” Refinery 29 reported. But, who would think her debut country song would scream into the Top 2 on iTunes? Kaitlyn announced her new song on Instagram on Thursday. The Bachelorette alum said, “If I’m being honest, I didn’t think I would ever release this song. I was too afraid, insecure, and kept doing the classic ‘what if.'”

If I’m being honest, I didn’t think I would ever release this song. I was too afraid, insecure, and kept doing the classic “what if”. I don’t know who needs to hear this but f*ck the what if’s. This uncertain time has shed light on how important time is. So while this song has been collecting dust for over a year, I’ve finally decided to share it with you. Singing has always been something that makes my heart happy. So if I’m being honest, Im still feeling insecure, yet PROUD to share this with you now. I even think we can all relate to the lyrics right now. It’s available wherever you get your music or my bio. Love you guys. Thank you. #IfImBeingHonest Also huge shout out to @jennifer_denmark @savannahkeyesmusic for helping me write this, and @itsmikemiller for producing it.

Just 11 hours after announcing her debut song, Kaitlyn returned to Instagram. She sounded overjoyed as If I’m Being Honest entered the “Top 2 on US iTunes sales chart.” She noted, “brb…crying.”

Then she said, “The amount of love and support I have felt today is beyond what I could put into words. I love you guys.” Wow, some fans also seem blown away by her achievement. Many of them responded to the post.

One person said to The Bachelorette star, “So so soooo good! You’re taking over the world girlfriend! CONGRATS!!!”

Another follower wrote, “Looks like it’s #1 in 🇨🇦 right now!”

Then, another person commented, “I’ve been waiting for this since you played a tiny clip of your music in a podcast with Clio like a year or two ago! Congratulations, it’s great!!! 💗”

One fan echoed the sentiments of many people. They wrote, “I can’t believe you kept this hidden gem of yours a secret for so long!!!! You’re absolutely unreal💓💓.”

Brb crying. The amount of love and support I have felt today is beyond what I could put into words. I love you guys. #IfImBeingHonest

Over on YouTube, fans of The Bachelorette who listened to the song raved about Kaitlyn. Ove there, one person commented, “WOW! Is this really your voice?! You’re incredible! And these lyrics, wow 🔥🔥.”

Another person wrote, “Wow! KB this is AMAZING! Your voice is on fire and the lyrics are captivating. I can’t wait to hear more!”

Then, another person noted, “Crying. Obsessed. Your amazing and these lyrics hit this mama haaaaard this morning!!!”

What do you think about the lyrics and the delivery of the new song If I’m Being Honest by Kaitlyn Bristowe? Are you amazed at her hidden talent? Sound off in the comments below.

Amy Roloff Flaunts Ample Cleavage In Sexy Black Top With Plunging Neckline
Eureka, Missouri Celebrates ‘The Bachelor’ 2022 Clayton Echard (Video)
Lori Loughlin One Step Closer To Returning To ‘When Calls The Heart’
Why Does Pieper James Followers Remain High? One TikTok May Explain
‘Welcome To Plathville’: Is Ethan Unhappy With Who Olivia Is Becoming?