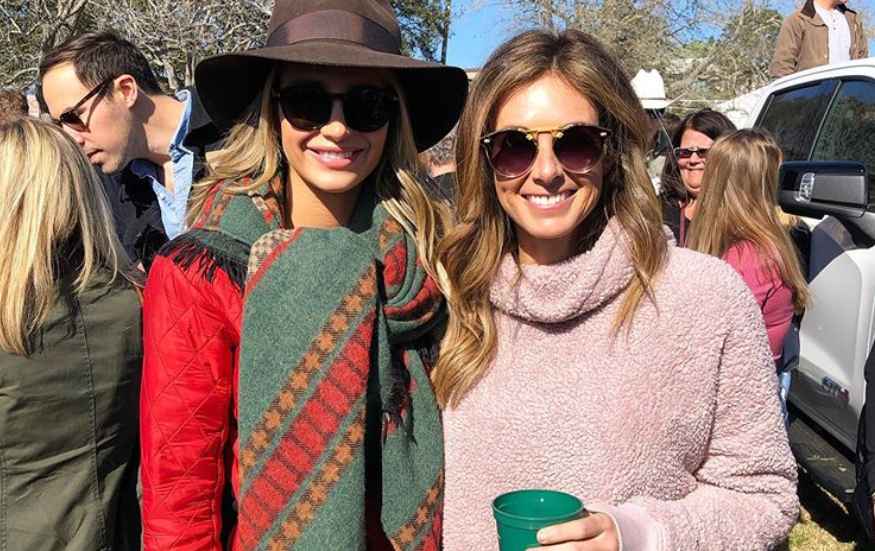 On Tuesday, May 12, Cameran Eubanks announced her departure from Southern Charm before the start of Season 7. Now, it turns out Naomie Olindo and Chelsea Meissner are also leaving. Leaving before the next season of the Bravo reality show.

It is likely Season 7 of Southern Charm will look a lot different to fans of the Bravo reality show. First, it was Cameran Eubanks announcing on Instagram she was leaving the show. Now, it turns out Naomie Olindo and Chelsea Meissner are doing the same.

People quotes a source as saying both Naomie and Chelsea told Southern Charm production some months ago. Both said they wouldn’t return for Season 7. Tuesday saw Cameran Eubanks shocking fans with her announcement on Instagram that she was leaving. Now, it turns out there are more.

A hint appeared on Instagram on Wednesday, May 13, when Olindo made a comment to Cameran’s post. She wrote that she was proud of Eubanks, but also proud of herself and @chelseameissner58.

People contacted reps for Olindo and Meissner, but received no comment. However, a source close to the production confirmed they are leaving. The insider added that Naomi and Chelsea, like Cameran, are tired of reality TV drama. The stars don’t want to carry on living their lives this way.

Naomie Olindo’s boyfriend part of her decision to leave

A second insider said Naomie Olindo’s departure is partly due to her relationship with boyfriend Metul Shah. She has reportedly seen how reality TV negatively affects relationships. Naomie doesn’t want to expose herself to “that kind of scrutiny.” The insider said the couple is “very much in love” and didn’t want to mess with that.

Eubanks has had first-hand experience of problems with relationship privacy on Southern Charm. Wednesday saw a fake news post on AllAboutTheTea.com. The post alleged Cameran’s husband, Jason Wimberley had been having an affair.

Fans were convinced the fake adultery news was responsible for Eubanks leaving the show. However, Cameran put fans right in a lengthy Instagram post.

Cameran made it clear. Her leaving had nothing to do with the “insidious rumors.” She told Bravo production… She planned to leave months ago. Eubanks told fans to disregard the rumors, saying it was just a “ploy for ratings.”

So now three major cast members are leaving Southern Charm. It will be interesting to see how well the Bravo reality TV show continues. When it will air is currently unknown. Production has been paused due to the COVID-19 pandemic.