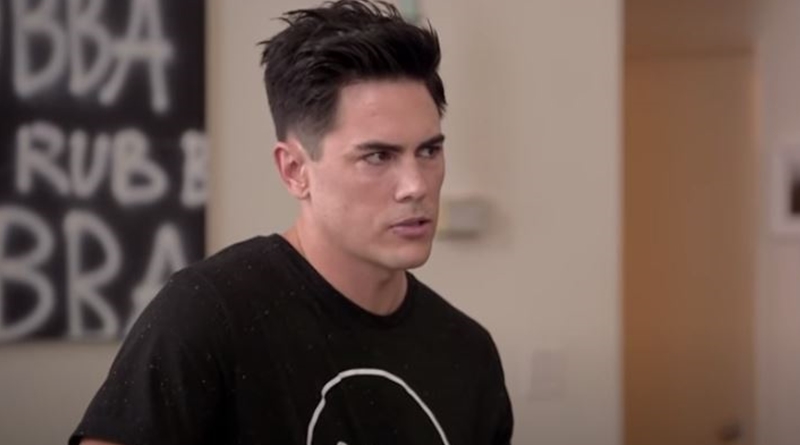 VPR fans know that Stassi Schroeder and Beau Clark plan on marrying. Bravo made much ado about Jax and Brittany’s wedding. Of course, the coronavirus put some of Stassi’s plans back a bit. And, fans wait to see which co-stars get an invite. Brittany’s on the list for sure. But, maybe Tom Sandoval gets left off? Her mom, Dayna doesn’t like him and got very pointed about an incident at Jax and Brittany’s wedding. Now, he defended himself against that criticism.

TV Shows Ace reported that the full guest-list of co-workers at Stassi’s wedding never yet got revealed. But, fans know Brittany said she’d hold off being pregnant be at the wedding. Lisa Vanderpump’s also invited. But, whenever it happens, maybe Tom Sandoval won’t be there as he and Stassi actually go back a while with some enmity. Plus, Tom upset Dayna and moms mostly have long memories, fans know.

Vanderpump Rules stars Jax and Brittany married in June last year. But, in March this year… Dayna let people know she’s not got a lot of time for Tom as something happened at the wedding that upset her. BravoTv reported that Stassi spoke about Tom Sandoval on Watch What Happens Live back in February. She described Tom as someone who “doesn’t like me. That’s it.”

And, Dayna doesn’t like Tom. So, a wedding invite looks unlikely. Dayna still recalls something from the wedding that really miffed her. The mom of Stassi on VPR brought that up in March on Instagram.

Dayna recalls something Tom did that annoyed her at the wedding

Bravo TV recalls that in March, Dana shared on Instagram about Tom Sandoval. The outlet noted, “Tom “refused” to give her an umbrella at Jax Taylor and Brittany Cartwright’s wedding.” She wrote, “Don’t like the daughter… take it out on her mother.'” Dayna complained that’s not very “nice.” Watch What Happens Live With Andy Cohen revisited the incident on May 12. The Vanderpump Rules star made it clear he never deliberately snubbed her.

The backstory involves the fact that allegedly, Tom Sandoval gave many of the VPR guests at the wedding an umbrella. He also handed out fans. But, Dayna never got an umbrella. Under pressure, he handed them out randomly.  But, he said “no way” would he give a guest a fan and an umbrella. After all, a lot of people attended the wedding. Trying to “space out” umbrellas and fans, Tom explained, “I was just walking around. No, if she took it that way, I didn’t plan it that way.”

On #WWHL @ Home, @TomSandoval1 addressed the claim that he was rude to Stassi's mom at Jax & Brittany's wedding: pic.twitter.com/BDcXSwCA5c

Ariana also featured on the episode of WWHL (Home). She seemed a bit surprised by the drama that Dayna started. After all, she noted, “I don’t think anybody else remembered that.”

It seems that sometimes people take offense where it’s not needed. Perhaps Dayna never stopped to think other people also needed a fan or an umbrella at the wedding. What do you think about this old snippet of VPR drama? Sound off in the comments below.