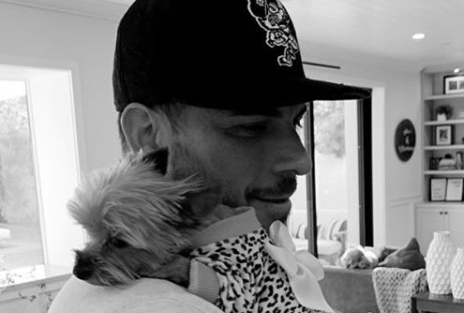 Vanderpump Rules stars Tom Sandoval and Tom Schwartz own a restaurant together. Jax Taylor insulted their restaurant, Tom Tom, on social media last week. On a recent episode of VPR, Sandoval and Schwartz talk about their restaurant. Additionally, in a previous interview with Us Weekly, Sandoval explained the conflict between himself and Taylor.

Taylor posted a selfie with his dogs on Instagram on Wednesday, May 6. One fan commented on the post praising Sandoval and Schwartz for their restaurant success. The fan also says that despite Taylor’s past mistakes, he has what it takes to open up his own restaurant. Then, the fan finishes the comment with, “I think you and [Brittany] would be happier in the long run. Don’t know you but I’m proud of you,” and a heart emoji.

In response, Taylor first says that Sandoval and Schwartz’s restaurant is not prosperous and calls it a “money pit.” He later deletes the comment and replaces it with, “I would never want to own a bar in Hollywood it’s a money pit. It never ends up well. But thanks.” Other users reply to this comment, describing Taylor as jealous and “salty.”

On the Tuesday, May 12 episode of VPR, Sandoval and Schwartz learn that their restaurant is doing well. Ken Todd tells the Tom Tom owners that they have made almost double the amount of money they put into the restaurant. He explains that this is rare for new businesses. In fact, many restaurants don’t make any profit in the first year.

Due to this success, Lisa Vanderpump and Todd ask Sandoval and Schwartz if they’d like to invest in the Vanderpump Cocktail Garden. Todd explains that all four of them would benefit from this investment.

On the same episode of VPR, Taylor and his wife Brittany Cartwright decided to throw a pool party. Cartwright had supposedly put a lot of time into planning her party. Unfortunately, Sandoval threw his own party that same day. This added to the issues between Taylor and Sandoval.

On Tuesday’s Vanderpump Rules After Show, Taylor says, “If you want to bash me, fine, I can take it. But if you come after my wife, I’m going to come after you.” He was clearly upset that Sandoval ruined Cartwright’s party.

The tension between Taylor, Sandoval, and Schwartz is ongoing

Earlier this year, Taylor tweeted about his rocky friendship with Sandoval and Schwartz. Taylor’s tweet reads, “How about the fact that Jeremy, Ariana’s brother can’t work at Tom Tom because he doesn’t have the right look … are you f—king kidding me? What look do you need to have?”

Sandoval and Schwartz discussed this tweet and others from Taylor on an exclusive interview with Us Weekly. According to Sandoval, Taylor tries to make him look dishonest and fake.

Whose side are you on? Do you think Taylor needs to watch what he says, or are Sandoval and Schwartz taking things too seriously? Let us know in the comments.