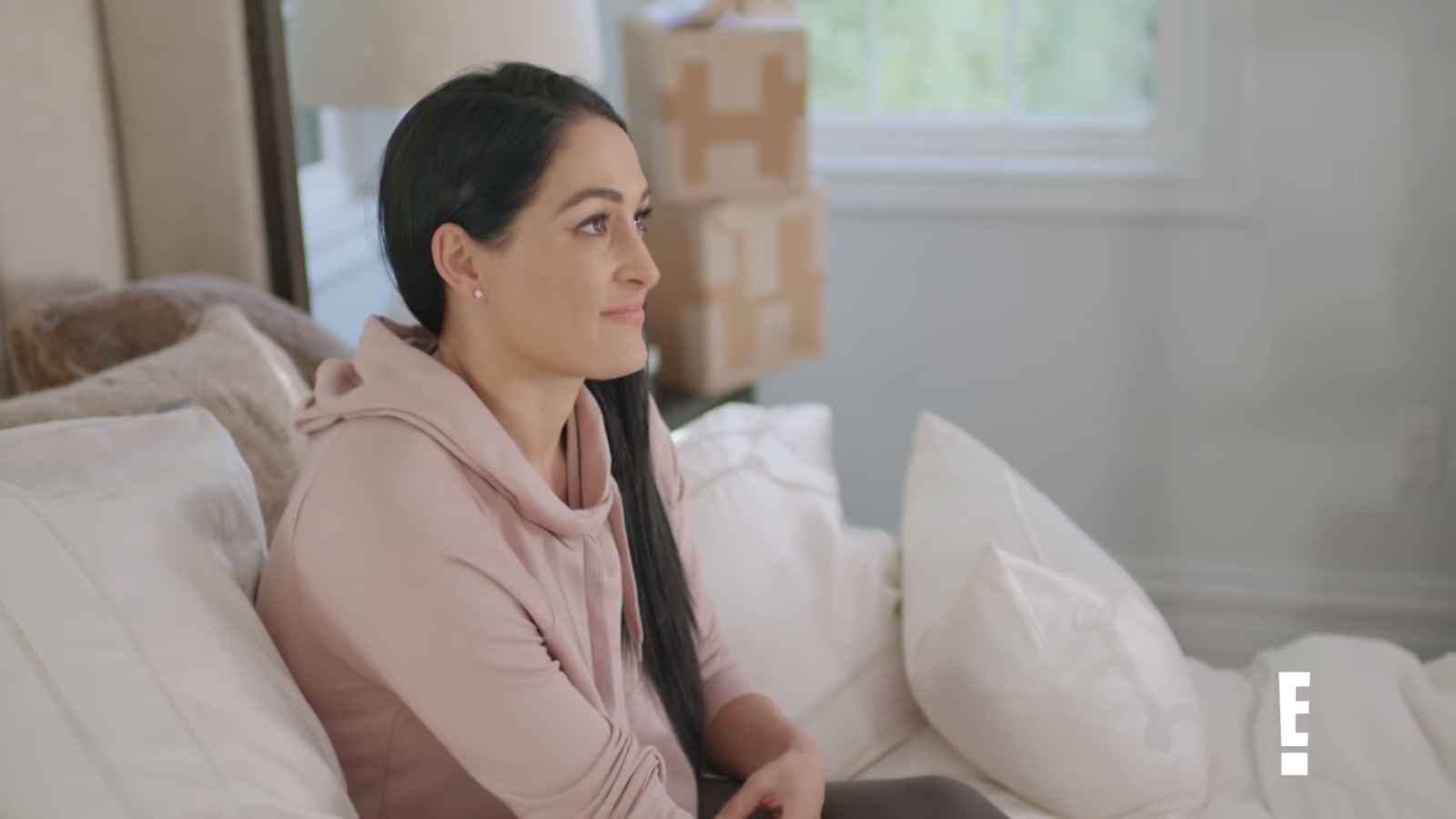 Nikki Bella of Total Bellas has written a new memoir, along with her twin sister, Brie Bella. However, Nikki, 36, was “very scared and nervous” for the memoir to come out. Nikki has suffered two sexual assaults in the past and hasn’t told her mother about them. Now her mother, Kathy Laurinaitis, will learn about those incidents while reading the memoir, along with the rest of the world.

Nikki Bella and her twin sister, Brie Bella have written a memoir together. The book, Incomparable, was released on May 5. On The Bellas Podcast of Wednesday, May 13, Nikki opened up about the book. She said how “very scared and nervous” she was for the memoir to come out. Nikki explained that she hadn’t even told her mother about the two sexual assaults she suffered in high school.

The former Dancing with the Stars contestant goes on to say that the night before the book was released, she placed a copy of the book in her mom’s mailbox. She also added two bottles of wine. Nikki left a note, saying, “You’re gonna need this.”

Total Bellas star opens up about the assaults

On Wednesday,  Nikki Bella opens up about her past. She reveals the sexual assaults happened while she was in high school. She then explains why she had chosen to keep the information from her mother, Kathy Laurinaitis, at the time.

As reported by Us Weekly, Nikki says her mother was going through a terrible divorce at the time. She had also just started her own company. Nikki says Kathy was trying to keep her business afloat, while also raising three children. When the sexual assaults happened to her, she felt that she couldn’t burden her mother with anything more right then.

Like many people who are attacked, Nikki admits she had initially blamed herself for the assault. She said she fell into a deep depression after it happened. However, Nikki finally decided to speak out about her past. She did this as she wants her fans, who have had a similar experience in the past, to know they are not alone. Nikki stressed, “We didn’t do anything wrong.”

❤️ #incomparable #chefartem #myartem Click link in bio! And you can also get our memoir, Incomparable at Walmart & Target!

In Incomparable, Nikki opens up about a number of personal details about her life. This includes her former relationship with Blockers actor, John Cena, 43. She and Cena started dating in 2012 and became engaged in 2017. However, the following year, they called the engagement off. Nikki and John did get back together for a while before breaking up for good in July 2018.

Speaking to ET in March, Nikki confirmed that the Blocker actor did have the final say on the chapters that involved his story. She said Cena had editing rights, due to contracts she signed. This means, John has read the chapter which involves him and has edited it, as everything relating to him must get approval.

Since splitting with Cena, the Total Bellas star is now engaged to Artem Chigvintsev. The pair made an announcement in January they are expecting a child together. At the same time, Brie and her husband, Daniel, are expecting their second child. Meanwhile, Cena started dating Shay Shariatzadeh last year.