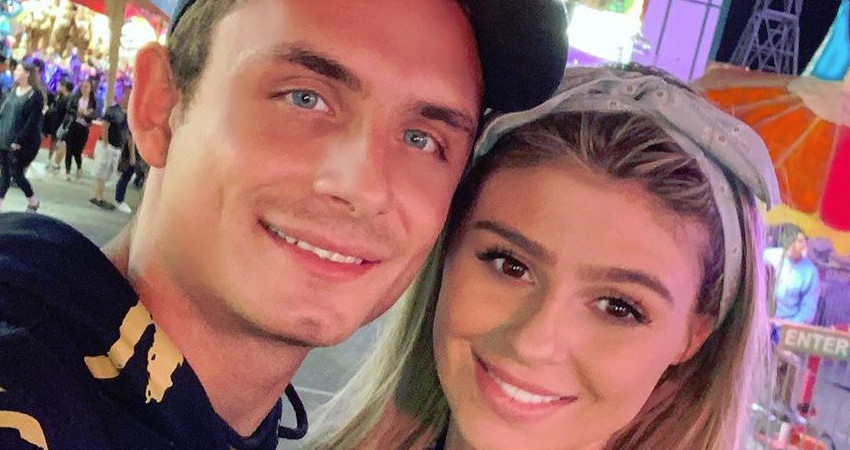 Vanderpump Rules star found himself in the hot seat on Tuesday, May 12. Or should we say ‘pasta’ seat?

The couples dished from everything from how Scheana Shay is edited to the Season 8 virtual reunion.

Sandoval and Ariana were uncharacteristically affectionate after some of their VPR co-stars questioned their relationship.

Several VPR stars, notably Jax Tayor, have also questioned the sincerity of James and Raquel’s relationship. Host Andy Cohen brought the topic up directly by asking James and Raquel to address whether they are truly in love or not.

Both Raquel and James insist that they are in love. In fact, James credits Raquel for helping him get sober. For her part, Raquel says she’s more in love with James than ever.

So proud of this guy right here. The day I asked James to choose me over alcohol, I needed an act of love. Today he is nearly 10 months sober and has given me 291+ acts of love since that day. @itsjameskennedy

One segment of the WWHL broadcast left fans and Andy Cohen more confused than ever. For the game, It’s Always About the Pasta, Raquel and James produced two plates of pasta. When Andy asked them a question, they could either answer or eat a bite of pasta.

When Andy asked Raquel if there are rage-texts from James that were worse than what we heard on VPR, she took a bite. She joked that she would have to eat “the whole [plate]” to avoid answering.

Andy brought up Logan, a friend who claims James cheated on Raquel with him. James again denies that anything happened between them. Andy also asked James if he’s ever kissed anyone else since dating Raquel.

James hesitated, said “no,” and then took a bite of pasta.

The Bravo host called James out for his mistake. James retorted that he took a bite because the pasta is “so good.”

VPR Reunion ‘The Best One Yet,’ James Says

Season 8 of Vanderpump Rules has just one episode left. As fans know, the reunion usually follows the season finale. However, due to the production shut down, Bravo had to get creative.

The reunion was originally supposed to tape at the beginning of April. With California under stay-at-home orders, it was impossible for the cast to gather in a studio. Instead, they filmed separately from their homes via webcam.

Sandoval reveals on WWHL that production “brought over” TVs to set up in the home he shares with Ariana. TV Shows Ace reports that the reunion was “emotional” for Sandoval.

Jax Taylor, on the other hand, calls the reunion “intense.”

James Kennedy admits to having some concerns about a virtual reunion. He was afraid it would be “boring,” People reports. However, he changed his mind by the end of the reunion. According to James, the Season 8 reunion is ‘The best reunion yet.”

Bravo has yet to announce an airdate for the Vanderpump Reunion. However, the season finale airs on May 19. Watch a preview of the intense finale below.