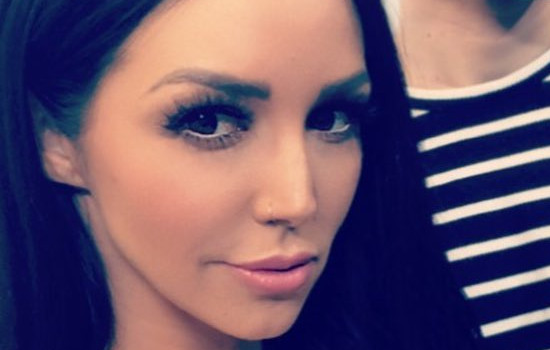 Vanderpump Rules star Scheana Shay isn’t happy with the way she’s been edited on the Bravo show. She recently chatted with Jesse Bongiovi, rocker Jon Bon Jovi’s son, about why she created her own YouTube channel.

Plus, both fans and Scheana’s VPR co-stars are coming to her defense in light of shocking audio from the show’s editor. Why do fans think #JusticeForScheana is due?

Vanderpump Rules fans were taken aback on Monday, May 11, when an explosive podcast featuring an editor from the show went viral. In the clip, VPR editor Bri Dellinger, reveals her behind-the-scenes antics when it comes to footage with Scheana.

As TV Shows Ace reports, the editor purposely finds embarrassing footage of Scheana or asks her leading questions to edit badly later. Additionally, the editor reveals that Stassi Schroeder and Beau Clark are the darlings of Bravo.

While Scheana has yet to respond directly to the bombshell audio, she did discuss with a surprising person how the show makes her look ‘boy crazy.’

VPR Star Speaks Out to Jon Bon Jovi’s Son About Appearing ‘Boy Crazy,’ Why She Started a YouTube Channel

Rock icon Jon Bon Jovi is teaming up with his son, Jesse Bongiovi, for a line of wine, Hampton Water Rosé. Scheana helped Jesse promote the wine with an Instagram Live chat on May 12, hours after the VPR editor scandal hit the internet.

The VPR star seemed to reference the scandal in a roundabout way. Scheana brought up how the show made it look like she was hitting on Stassi’s 15-year-old brother. The “Good as Gold” singer says,

“You see a very one-dimensional, boy-crazy desperado, low-key making me look like I’m hitting on a child-person and that’s not me at all.”

In the leaked podcast, Bri admits to asking Scheana pointed questions about how ‘young’ she would date, then editing it with footage of Stassi’s brother.

To combat the way she’s “come across the last couple of seasons,” Scheana created her own channel on the video-sharing site, YouTube.

On the channel, Scheana shares videos of her real life, from chatting with boyfriend Brock Davies to making her own Coachella.

In addition to her YouTube channel, Scheana also has a podcast, Scheananigans with Scheana Shay.

After the podcast with the VPR editor went viral, fans took to Twitter to share their support for Scheana. They created the hashtag #JusticeForScheana. As Us Weekly notes, Scheana even gave one tweet that called for the editor’s demotion a ‘like.’

A vindictive woman who is pouting over a never-existing friendship, IS NOT someone who you’d WANT To be friends with ANYWAY! Ugh! I hope Bri gets demoted! #JusticeForScheana @scheana

Another fan shared a clip of Scheana’s appearance on Danny Pellegrino’s podcast Everything Iconic. In the clip, Scheana discusses how she felt threatened by Dayna taking her spot on VPR. The fan notes that she “always” felt Scheana was getting a bad edit from the show.

I have always felt @scheana got the short end of the stick. Love that she’s speaking up about it. #JusticeForScheana #PumpRules https://t.co/0HfnW5ydPO

To one fan, Scheana ‘is the show.’

Sheana is the show and what tbey have done to her is terrible. #JusticeForScheana

Scheana’s VPR co-star Tom Sandoval spoke out about the issue during an appearance on Watch What Happens Live. On May 12, Sandoval and Ariana Madix joined Andy Cohen for a virtual chat. VPR stars James Kennedy and Raquel Leviss were also guests.

When the topic of Scheana came up, Sandoval was quick to jump to her defense. He said that Scheana is the “MVP” of the season for being so open with the cameras.

Season 8 of Vanderpump Rules has just one episode left. The season finale airs May 19 on Bravo. The network has yet to announce when the virtual reunion filmed late last month will air. Watch the preview of the season finale below.