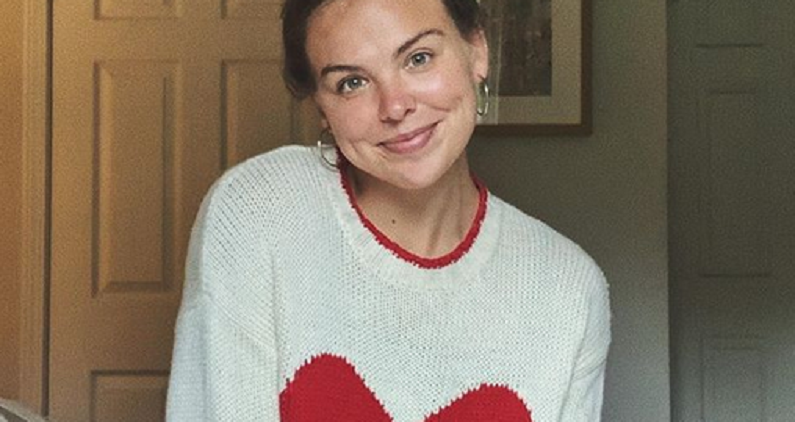 Hannah Brown has been doing a lot of reflecting during the quarantine. There’s nothing else to do since she’s no longer quarantining with Tyler Cameron. She opened up about her relationship with ex-fiancé Jed Wyatt on the one-year anniversary of his proposal. She also had some relationship advice for her followers.

Bachelorette alum reveals she had doubts when engaged to Jed Wyatt

Per Us Weekly, Hannah Brown recalled some of the doubts she had when engaged to ex-fiancé Jedd Wyatt. She didn’t like that time in her life because she had to “fake a smile.” On Monday, May 11, Brown shared a photo of herself standing alone with the beautiful Grecian scenery around her. The model revealed it was the one-year anniversary of that very proposal. She recalled the doubts she had during that time.

“I didn’t have words (or maybe I just didn’t have the courage to say them?) but the pit in my stomach was screaming, ‘this aint’ it’ (funny how sometimes the people around you that help you articulate your feelings better than you can).”

Ever look back on a memory and it feels like just yesterday… but also like a different life? Me too. Exactly a year ago today.⁣ ⁣ I remember that day. I don’t like staying there for too long, but I remember it really well. I remember thinking, “Oh, this has all the makings to be the best day of my life…but gah, it doesn’t feel like I thought it would.” I didn’t have words (or maybe I just didn’t have the courage to say them?) but the pit in my stomach was screaming, “this ain’t it” (funny how sometimes it’s the people around you that help you articulate your feelings better than you can). I could fake a smile but I couldn’t shake the doubt, and looking back, I know why. That ending was not easy, but it was necessary to get me here.⁣ ⁣ If I could go back and tell her something, I would whisper, “It’s going to be ok. You’re right, this ain’t it, but it‘s the direction. So open up your hands, and let go of the control. Trust this process, it’s going to be worth it. Also, nice butt!”⁣ ⁣ If you are reading this right now, wondering how to navigate a situation that feels so painful and so not what you wanted, maybe you’ll let me tell you what I would’ve told myself: Hold on. Keep moving. You’re going to make it. This ain’t it but what’s coming is so much better.⁣ ⁣ Sometimes you’ve gotta walk through the shadows to stand in the sun. And trust me, you’ll really appreciate the way it feels shining down on you, too.

Brown shared a little piece of advice she would have given to herself in 2019. She would tell herself to, “Trust this process, it’s going to be worth it.” The Dancing With the Stars Season 28 champion shared an inspiring message to her followers who may be experiencing similar feelings in a relationship.

“Keep moving. You’re going to make it,” Brown continued. “This ain’t it but what’s coming is so much better.”

Brown and Wyatt got engaged during the Bachelorette Season 15 finale, which aired in July 2019. But she later dumped him after she heard about his relationship with Haley Stevens, whom he dated before appearing on the dating reality series. That same month, Wyatt quickly moved on with model Ellen Decker.

Tyler Cameron reflects on his relationship with Hannah Brown

Hannah Brown isn’t the only one doing some reflecting. Tyler Cameron also talked about their relationship. The couple sparked the dating rumors back in March, when the former Bachelorette joined Cameron and the Quarantine Crew in Jupiter, Florida. Both Brown and Cameron denied the dating rumors. They insist that they’re just good friends.

In an interview with Entertainment Tonight’s Lauren Zima, Cameron revealed where they stand to this day.

“I think we should just keep that between me and Hannah,” he explained. But he did confirm yet again that he’s “single.” Cameron revealed that he and Brown reconnected after going through some dark times.

Cameron’s mother, Andrea, passed away from a brain aneurysm earlier this year. Brown’ brother, Patrick, recently recovered from a drug overdose. Cameron insists that he and Brown didn’t intend on quarantining together for an entire month. But that’s when they addressed their relationship and rebuilt their friendship.

Cameron and Brown’s flirty social media messages had fans hoping they’re dating, but Brown said she was single. The former pageant did reveal that she’s “definitely” ready to date – just after the pandemic ends.

What did you think of Hannah Brown’s Instagram post? Do you think she offered up some good advice? Sound off below in the comments section.