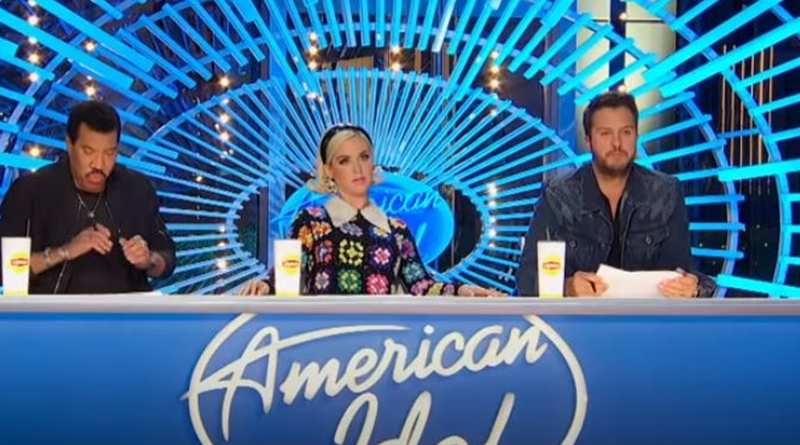 American Idol (Remote), ends next week, May 17, with the finale. The final seven were revealed on May 10. In the finale, the judges and some past contestants team up to sing We Are The World. Fans already saw last season’s winner, Laine Hardy perform on Sunday. He sang Life is a Highway. But with others joining in on the finale, it looks like a special treat awaits fans.

Spoiler Alert – the Top 7 got announced during the Live Disney rounds. This time last year, winner Laine Hardy charmed fans with “Oo De Lally” from Robin Hood. This year, his performance as a guest artist really shows how far he came in a single year. In fact, in April, he dropped a new single that blew his fans away. TV Shows Ace reported that Laine’s song “Ground I Grew Up On” received plenty of appreciative comments on his YouTube Channel.

That sort of progress probably brings hope to the new contestants in American Idol this year. Now whittled down to the final 7, no doubt fan see the best performances since last year’s finale. E!News reported that the American Idol Top 7 include “Arthur Gunn, Dillon James, Francisco Martin, Jonny West, Julia Gargano, Just Sam and Louis Knight.” Before the Top 5 reveal, there’ll be a special performance.

“We Are the World” special performance

The judges, Luke, Lionel, and Katy team up with “Alejandro Aranda…Gabby Barrett, Jordin Sparks, Katharine McPhee, Kellie Pickler, Laine Hardy, Lauren Alaina, Phillip Phillips, Ruben Studdard, and Scotty McCreery.” Expect an emotional performance of “We Are the World.” It seems especially poignant with the whole world under unique circumstances amid the coronavirus. And, there’s more in store.

The outlet noted that Katy performs her debut TV single “Daisies.” Then, “Cynthia Erivo and Top 11…perform a medley of iconic Aretha Franklin songs.” Stay tuned for more: “You Say,” comes from the Top 5, along with Lauren Daigle. Then, fans see more of fan-favorite garbage man, Douglas Kiker. He performs “Bless The Broken Road” with Rascal Flatts. Plus, Luke steps up with his new single, “One Margarita” on the American Idol finale.

2020 brought the first-ever Remote Live Rounds for the show. Despite some people grousing about eliminations, the performances still seem excellent quality. Are you looking forward to the special American Idol performances in the finale? Sound off in the comments below.