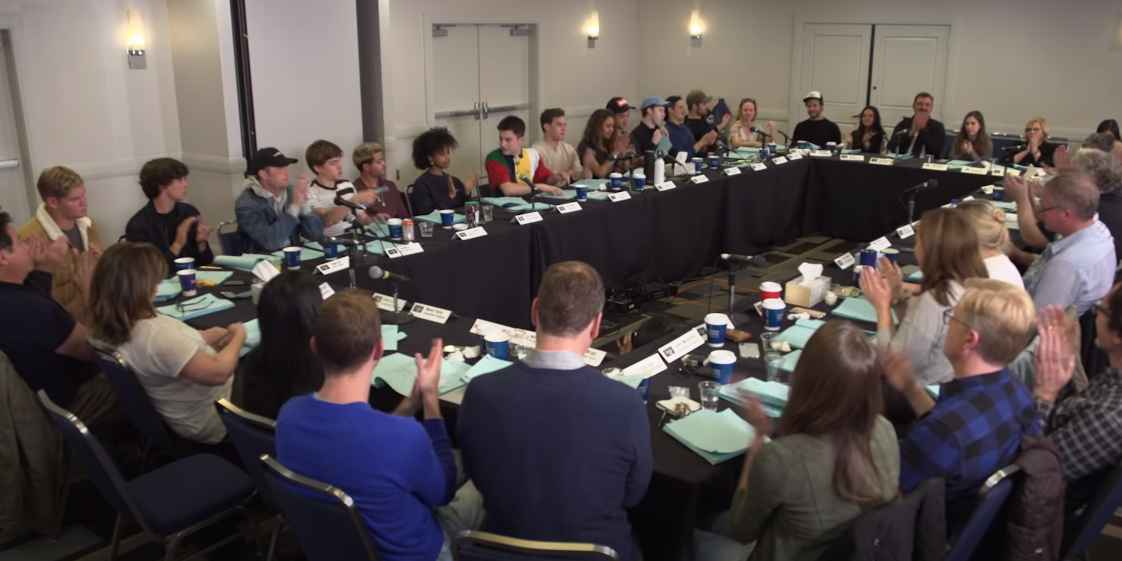 The Netflix Original series, 13 Reasons Why caused controversy when it was first released. However, despite this, the show, which deals with bullying, rape and suicide at a high school continued. So far, three seasons have been available. The news is now out about the final and fourth season of the show. Netflix released an emotional video showing the cast members tearfully celebrating the end of the popular show.

13 Reasons Why and the students of Liberty High

Fans have been longing for news about the next season of the series. Finally, it is confirmed that Season 4 of 13 Reasons Why will be available for bingeing on Friday, June 5. This final season shows the senior class of Liberty High School preparing for graduation.

However, before they can say goodbye to each other and get on with their lives they will have to make up their minds. In a Netflix press statement, the students will have to keep a dangerous secret hidden. Meanwhile, the kids also have to face “heartbreaking choices that could impact their futures forever.”

For anyone who has missed the series before, 13 Reasons Why initially tells the story of Hannah Baker. Hannah is a student at Liberty High School. In the show, she is driven by bullying and rape to take her own life. Before she commits suicide, Hannah records 13 tapes. These tapes were distributed to 13 of the high school kids. Each tape tells her fellow students how they contributed to her decision to end it all.

Cast members of the final and fourth season

Season 4 sees the return of the cast from previous seasons. Cast members include Dylan Minnette as Clay Jensen and Alisha Boe at Jessica Davis. Other stars include Miles Heizer as Alex Standall, Brandon Flynn as Justin Foley, Grace Saif as Ani Achola, Ross Butler as Zach Dempsey and Christian Navarro as Tony Padilla.

Meanwhile, on the adult side of the show, Steven Weber plays Principal Bowen and Mark Pellegrino plays Deputy Standall. Josh Hamilton plays Matt Jensen, while Amy Hargreaves is Mrs. Jensen. A new member of the cast is Jan Luis Castellanos, who will play the role of Diego Torres.

Watch out for the final, Season 4 of 13 Reasons Why, which hits Netflix on Friday, June 5.