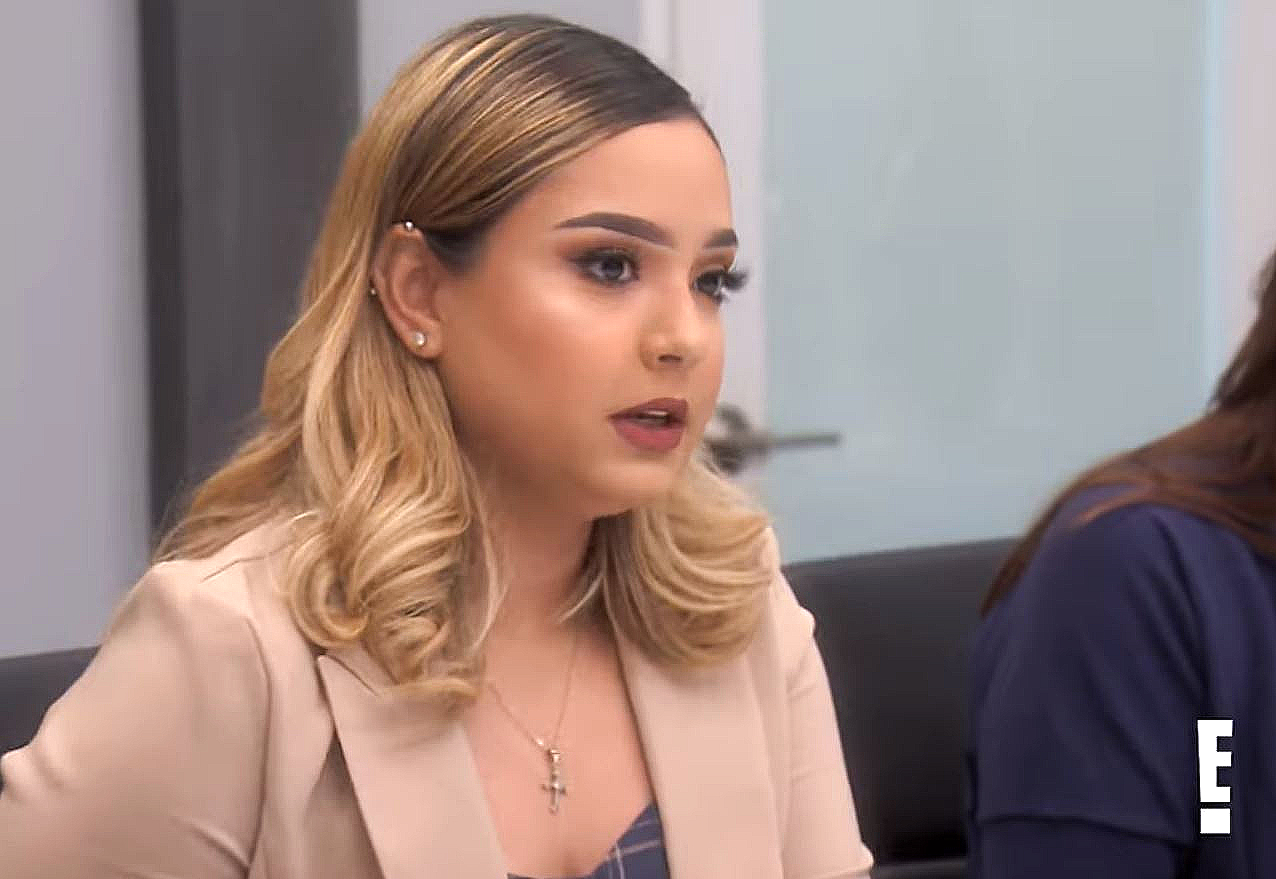 On tonight’s heartbreaking edition of Botched, we have a young woman who is beautiful, but is suffering a horrifying medical complication from her breast reduction gone wrong. Her breasts are full of necrotizing flesh that failed to heal after her initial surgery.

Her breasts now smell like death. It is up to Botched to salvage this nightmare for Esmeralda.

Watch as the consultation with Botched stars Drs. Terry Dubrow and Paul Nassif reveals the heartbreaking story of a medical doctor who did not follow up a complication quick enough or thoroughly enough to save the integrity of Esmeralda’s breasts, now deformed with weeping scar tissue.

What happened to Esmeralda’s breasts?

Yet another boob job gone terribly wrong is what is on store for one of tonight’s tales from Botched. Dr. Dubrow and Dr. Nassif conduct their consultation with Esmeralda about her breasts that began to smell like “dying flesh.”

They conduct their consultation with Esmeralda and her mother about her breasts that smelled like a corpse, and show very disturbing photos. The two doctors welcome the women to their consult room.

Dr. Terry Dubrow, who specializes in breast reconstruction and fixing the bad breast surgeries that have left women scarred, tells us what he thinks initially.

Dr. Dubrow wants the whole story and askes: “Esmeralda what happened? Take us back.”

She replies: “I was 18… I was already a Triple D breast and I started to feel the back pain…”

Dr. Dubrow concedes that it was the “perfect reason” to consider having a breast reduction, adding:  “So you went to a plastic surgeon…”

Esmeralda said she had gone to see someone and said she wanted her breasts reduced to a B or C cup size. Dr. Dubrow presses on and asks: “What was the first thing you noticed?

Esmeralda says: “I started to smell some smell was coming through my shirt.” What that was her wounds and breasts starting to rot. Sbe panicked when it became a putrid odor, saying it was “like dying flesh.”

Her mother adds: “We know what a dead body smells like.”

Dr. Dubrow listens as she describes the smell and the look of her skin, saying that the tissue looked like it was dying.

Esmeralda describes every visit to this doctor who was cutting away the dead tissue, leaving her with holes in her breasts.
She says: “For six months I’d go to see him up to three times a week just saying he can cut off the dead skin…I end up getting two holes on each breast…”

Dr. Dubrow asks her: “He never sent you to a wound care center?

Then explaining in a separate interview, he says: “If you have tissue necrosis and tissue loss and you need to treat it by surgical removal, you
have to do it very aggressively and very quickly. Otherwise if you’re behind the eight ball the last thing that breast is going to be shaped like is a billiard ball.”

The series Botched is a second chance for people who have suffered with bad plastic surgery. The two stars, Drs. Dubrow and Nassif literally change lives and restores health and hope with transformational surgeries.

The head-turning plastic surgery nightmares are reversed and a chance for normalcy is restored.