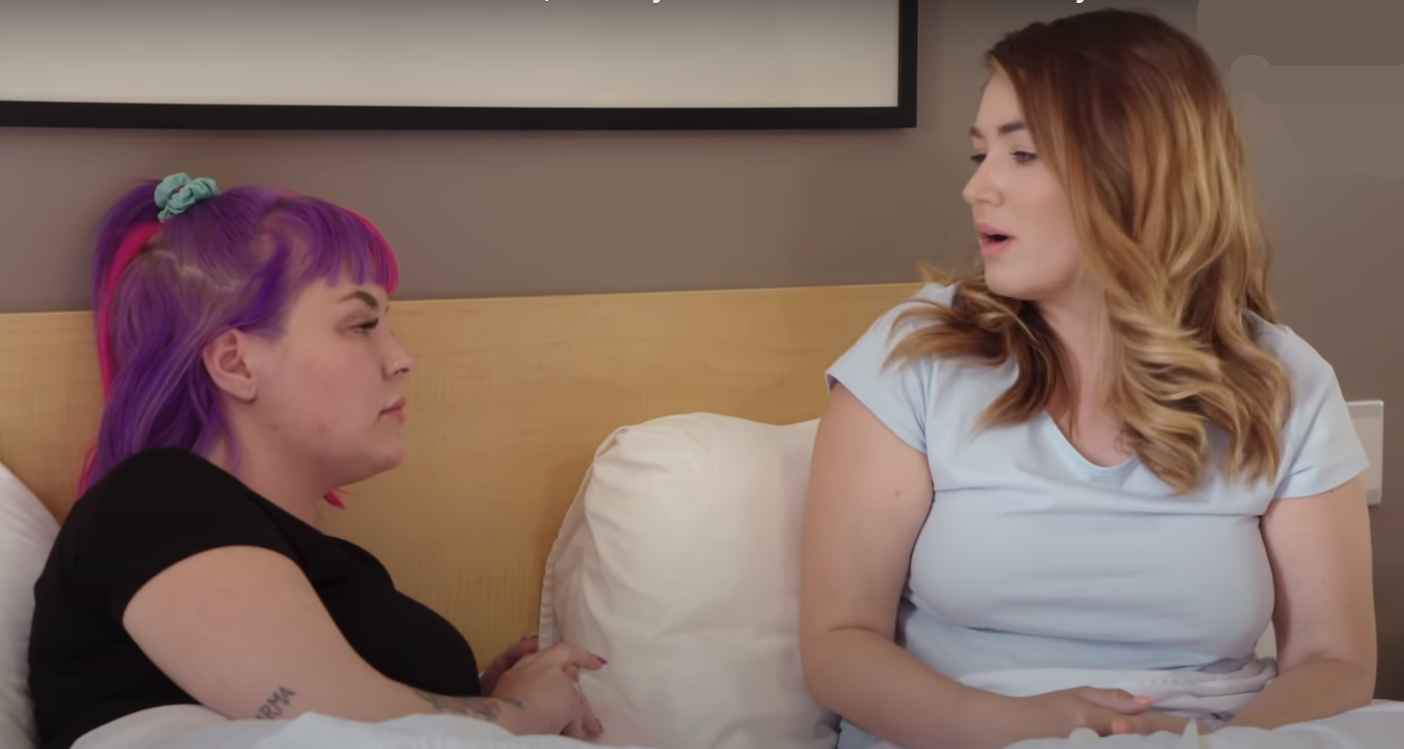 90 Day Fiancé: Before the 90 Days stars Stephanie Matto, 29, and Erika Owens, 24, have been having a rocky time. This is especially so since Stephanie arrived in Australia to meet her girlfriend. However, things got worse during the episode of Sunday, May 10. During this episode, the couple split, and it was over the fact Stephanie didn’t come out to her mom. Stephanie was supposed to do this during a video chat with her mom but ended up not introducing Erika as her girlfriend.

Fans will remember Erika officially coming out to her parents at a family dinner by introducing Stephanie as her girlfriend. Her parents were very accepting and welcomed Stephanie. Now it was time for Stephanie to do the same – tell her mom she is bisexual and introduce Erika as her “better half.”

Stephanie is concerned about opening up to her parents, as her mother has very “traditional” views. However, as her mom is still in the US, she sets up a video call from Australia. When it comes to the crunch, Stephanie changes her mind, introducing Erika as her “friend,” not as her “girlfriend.”

The following morning, Stephanie and Erika spoke about the chat with Stephanie’s mom. Erika says she guesses “there’s more to come.” She is hoping so, as she doesn’t want to be kept a secret.

In a confessional, Erika says she doesn’t want to pressure Stephanie. However, she does worry that she will be a secret from her mom forever. Stephanie assures Erika she will eventually come out to her mom. She wants to do so at a time when hearing the news won’t “destroy” her or their relationship.

Erika goes on to say she understands the situation but doesn’t want to have to hide their relationship. She explains to Stephanie this is a big deal for her, as it has happened to her before. Then Erika described a previous, on-and-off long-term relationship, where she was kept a secret by her girlfriend for 10 years.

Now it is Stephanie’s turn to be shocked and confused. She tells Erika she is confused, as it feels like she’s leaving information out. Stephanie believes they were being honest and vulnerable with each other. Erika doesn’t tell her about this long-term relationship but pressures her to come out to her mom.

As noted by In Touch, Erika becomes upset, saying she had opened up to Stephanie. She had told her something that really hurt her and her reaction was to raise her voice. They both start yelling at each other and eventually Stephanie storms out of the hotel room.

Stephanie says she doesn’t know how to handle this new information. She says Erika dropped this bombshell on her just before she is to leave to go home. Meanwhile, on Erika’s part, she is crying. Erika says the whole trip has been about Steph’s past and what has traumatized her. Now she explains something that is traumatic to her, Stephanie starts yelling at her. The Australian says it is just “awful.”

Stephanie returns to the hotel room and apologizes for yelling, saying she is in a manic state right now. Erika responds that she shouldn’t have to deal with that right now. They argue over the fact that Erika is pushing Stephanie to come out to her mom. Stephanie responds that her mother is the only person she has in her life. Erika replies, telling her to go back and live with her mom. She should stop pursuing relationships she knows her mother won’t be okay with.

This was the final straw for Stephanie. She says there is a level of misunderstanding between them that she doesn’t believe can be resolved. Stephanie ended the argument by saying, “That’s it, we’re done.”  Both ladies start getting ready to return to their respective homes.

Stephanie says in a confessional that she is heartbroken, even though she broke it off. She believed they were getting past some of their issues, but it turns out they are not. The American says their relationship isn’t to be, but that she will always love Erika.