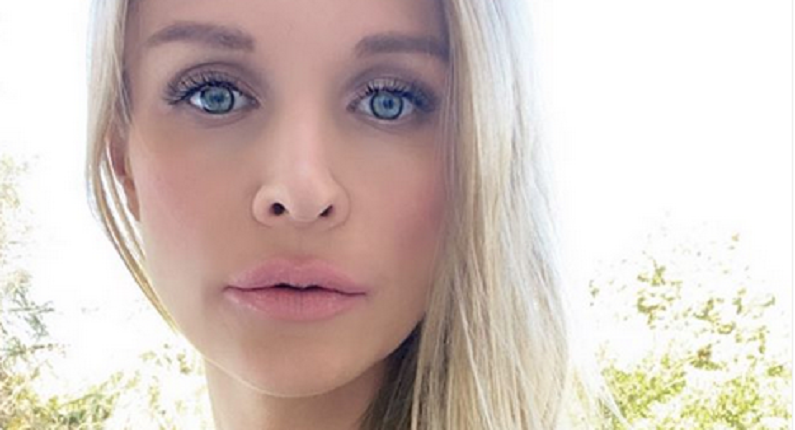 RHOM star Joanna Krupa shared her experience with the show. These days, the Real Housewives franchise has grown and expanded to new cities. Unfortunately for fans, The Real Housewives of Miami is no longer part of that franchise. It was one of the many shows that got the shaft when it came to longevity.

The Real Housewives of Orange County and The Real Housewives of New York are just two shows with some major longevity. RHOC only lasted three seasons. However, most of the stars of the reality series continue to make headlines just years after the cancellation. Joanna Krupa revealed if she had any regrets about being on the series.

In an interview with The Daily Dish, Joanna Krupa revealed some of her biggest regrets. Does that mean she regrets being on the show? She admitted that there were times when she wanted to leave the show. But she doesn’t want to go back in time and dwell on it. However, she shared some of her regrets. One of them was when Girls Gone Wild founder Joe Francis made some nasty remarks about her.

“There were definitely a few times I wanted to quit the show,” Joanna admitted. “Probably that moment and the last reunion were probably the toughest ones.”

The three of us 💗 It’s a bittersweet feeling knowing how much life can change in a year but it makes you all the more grateful for what you have and truly cherish those things with all of your heart. #stayhome

She also revealed why RHOM wasn’t as successful as the other shows. Joanna feels like most of women concocted the drama on camera. She also thinks the housewives competed for camera time. The competition took the drama to a whole other level.

“The problem with the girls in our show is that we had an issue with communication,” the model continued. “Sometimes it was more about the competition of who gets the limelight for that episode then just communication and conversation.”

The lack of communication ruined their friendships. If they had talked things out, then they would’ve come off as better friends on the show. Of course, that wouldn’t make for good television. But Joanna feels that being in front of the camera led the women to fight more. Most of them got along better before the show even began.

RHOM didn’t just have drama. It also centered around her relationship with then-boyriend, Romain Zago. After the series ended, the two got married “in a million-dollar princess wedding,” according to Us Weekly. Several of Joanna’s friends from the third season of RHOM attended the lavish event.

But in August 2019, they got divorced after 10 years of marriage. In an interview with Daily Mail, Joanna said she recovered from that heartbreaking time in her life. She now feels stronger than ever.

These are mine and Asha-Leigh #BisousForLéo! I hope you’ll send him yours too. Léo has a rare genetic disorder called #INAD, often referred to as a “mix of Parkinson’s and Alzheimer’s affecting children.” This children's book, written in his honor, is about a brave little duck from France who has a "boo-boo that you can't see." Léo makes it his mission to help others by flying around the world and gathering BISOUS (kisses in French) from all sorts of animals to help make him and his friends feel better. Head to BisousForLeo.org to learn more about the cause and to order your own copy of “Bisous For Leo" 😘 @bisousforleo @debsbd @whitneypatapoff @pauline.vuarin

She found love again with Douglas Nunes following her divorce from Romain. The couple celebrated the birth of their baby girl, Asha-Leigh Nunes. In her interview with The Daily Dish, Joanna gushed over her daughter. She’s been enjoying motherhood a lot lately.

“She’s the love of my life. Probably the biggest accomplishment I would say, till today, is having my little daughter.”

Romain has also moved on and married his girlfriend, Carolina Delgado, in February 2020. Both Joanna and Romain moved on and are happier than ever.

Check back with TV Shows Ace for more news on the cast of RHOM.