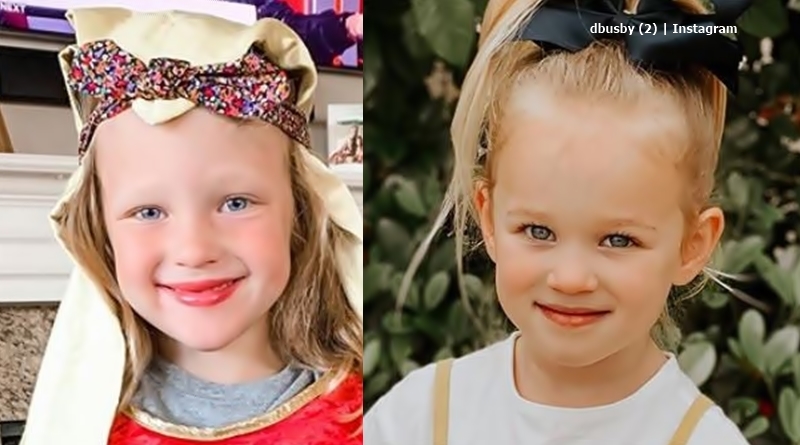 OutDaughtered fans often spot Riley straight off. The cute quint’s the first one into everything, and her mom described her as “the Boss.” But now, Danielle agrees that more often, people confuse the two girls. Many fans agree that as they grow older, Parker’s very much Riley’s lookalike. But will Parker ever become the co-boss of the other quints?

OutDaughtered – Riley slated for President, fans think Parker could end up a model

TV Shows Ace reported that these days, fans notice Parker always looks relaxed and casual. Many of them suggested she could end up as a model. That ties in quite closely with Danielle’s prediction for her daughter. Over a year ago, she thought Parker could end up in fashion or design. Recently, fans saw a notable change in Parker’s confidence levels. Romper reminds fans that the Busby parents once took Parker to see a therapist because of her anxiety.

Well, it certainly seems that Dr. Susan guided the family as Parker, simply looks far away from the once shy and self-conscious quint fans worried about. In the post below, you can see that Parker (extreme left) looks sassy, very self-confident, and ready to roll as a model. In another post, around about the time of the quints’ 5th birthday, the OutDaughtered mom said Parker thinks she’s the “Big Sister.” But Danielle thinks she’s really the “babiest” of her babies.

Will ‘Big Sister’ Parker, Riley’s look-alike also be a boss?

When Danielle Busby shared a photo of herself with Parker in her office, several fans thought at first that she showed a photo of Riley. One fan wrote, “I thought this was Riley for a second, I had to do a double take to see that it’s Parker lol.” Well, that person’s not alone. Danielle replied, saying, “A lot of people are starting to get them two confused.” Then, another fan noted, “wow. They are starting to look alike!! Parker seems to be coming out of her shell more and more.”

But interestingly, the caption by the OutDaughtered mom also brings Riley to mind. Danielle wrote, “This little one is always so curious in all the things Mommy does when we are at my office/shop/warehouse.” Well, running her various businesses means Danielle’s a boss. Maybe learning from her mom, Parker also grows into a “boss” like her sister Riley one day. But, the question is: Will Riley let Parker co-boss the other quints? Only time will tell. Right now, Riley still seems the leader of the gang.

Do you think that the OutDaughtered quint, Parker looks a lot like Riley these days? Do you think one day she might compete to be “The Boss?” Sound off in the comments below.