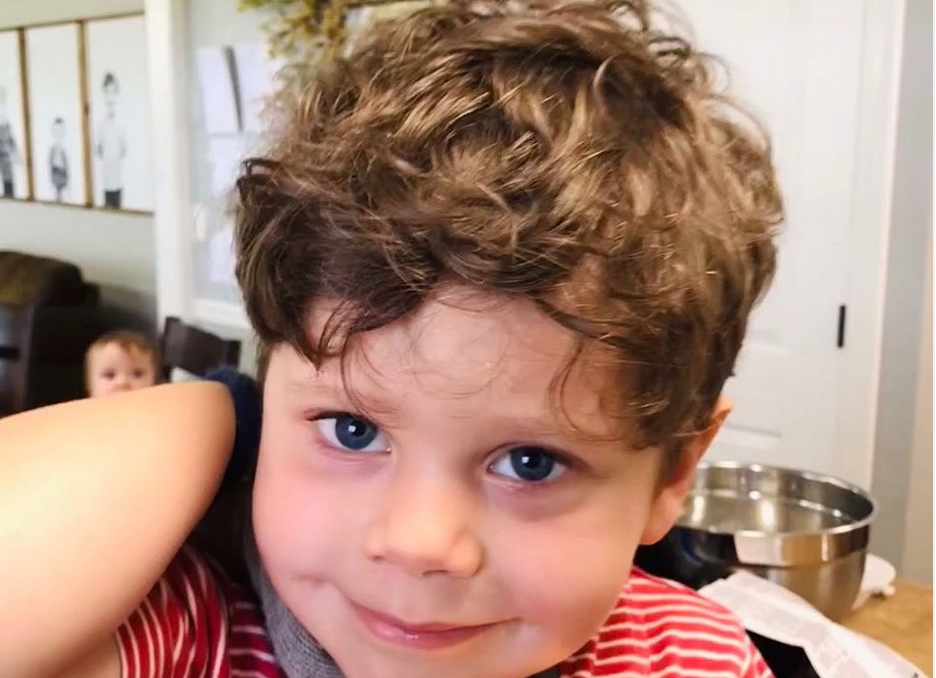 Jessa Duggar and her husband Ben Seewald share three young kids, Spurgeon, 4, Henry, 3, and Ivy, 11 months. Often, Jessa shares updates about the kids via social media. Her followers love to keep up with her on Instagram, but she also posts updates on YouTube.

Jessa’s YouTube channel is growing, and she’s adding new videos to it all the time. She posts recipes, haircut tutorials, and more. And her followers are loving it. They don’t know how she does it all, but she makes it work somehow. They are always encouraging her to share more on both Instagram and YouTube. And, Jessa delivers.

In a new Instagram video, Jessa shares that Spurgeon is working on his letters. She reveals that she hasn’t taught him how to write his letters yet, but he’s already doing a great job. In the video, Spurgeon writes his brother’s name on a cardboard box and shows his mom what he’s done. He even spells out the letters in Henry’s name. When Jessa reminds Spurgeon that he did a good job, especially because she hasn’t taught him to write those letters yet, Spurgeon says, “I just thinked about them.”

In a comment, one Duggar fan asks Jessa how old Spurgeon is. She says that he just turned four-and-a-half years old a few days ago.

I haven’t taught him how to write letters yet, but I’d say he’s about ready. 👦🏻💙

In the video, Spurgeon also shows Jessa the inside of the box. He wrote his own name and spells it aloud for his mom. He also points to a spot that he says reads “from Spurgeon.” The little guy seems to be very proud of himself.

In the comments section, Duggar fans are gushing over how smart Spurgeon is. They think it’s great that he figured out how to spell those names on his own. And, they think he will continue to do a good job as he learns even more. They think he’s a smart little guy.

In the past, Jessa has shared about how clever Spurgeon is. Recently, he made the argument that he should salt the family’s eggs. He said, “I’m the one who’s supposed to do the salt because this has an ‘S’ on it, and that’s for S-S-Spurgeon, ‘cause ‘S’ is at the start of my name. So can I put salt on it, please?”

So, what do you think of Spurgeon’s writing? Do you think he did a great job too? Leave a comment below.