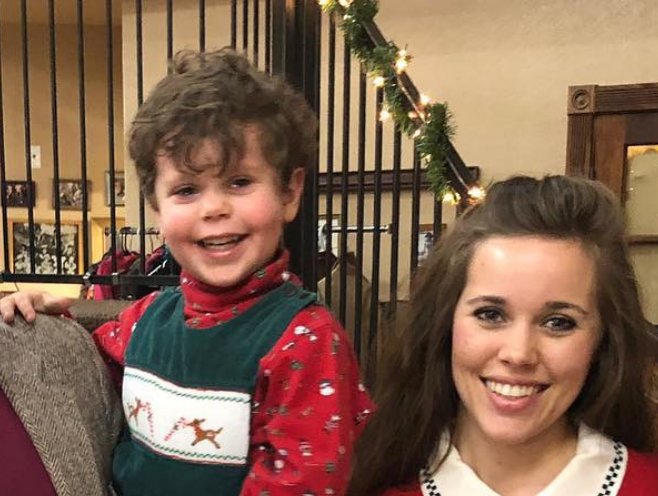 As TV Shows Ace reports, Jessa Seewald recently shared a new video. In the video, her four-year-old son Spurgeon is writing his name and his brother’s name. Jessa is very impressed with Spurgeon, and she points out she didn’t teach him how to write those letters. In response to the video, some Duggar fans are leaving positive comments, praising Spurgeon’s hard work. Others are worrying about his education. Nonetheless, fans can agree that the video of Spurgeon is adorable.

In response to the video, some fans are sharing their concerns. They often speak their mind when Jessa shares new videos. Other Duggar fans try to defend Jessa and her parenting choices. After all, she gets to choose how she raises her children.

Fans seem to think that Jessa isn’t doing a good enough job of teaching Spurgeon. Some are pointing out what their own children know and saying that Spurgeon should know more by the age of four-and-a-half. Jessa has yet to respond to any of the negative comments, but she has answered a few questions in the comments section.

Fortunately, other fans are sticking up for Jessa. They’re talking about how kids develop at different rates. A couple of teachers think that Spurgeon’s doing a great job for his age. Another fan says it’s a good idea to wait until a child is ready to teach them how to write letters. Then, they will be more interested. The positive comments on the post far outweigh the negative ones. So, Jessa and Spurgeon are both getting a lot of love on the new post.

I haven’t taught him how to write letters yet, but I’d say he’s about ready. 👦🏻💙

Due to Jill and Derick Dillard deciding to send Israel to kindergarten, some fans wondered whether other Duggar grandkids would go to public school. As of right now, Jessa is sticking to homeschool her kids. It’s unclear if that will last. But, Jessa and her siblings were homeschooled for their entire education, so it’s likely Jessa has similar plans for her kids. It’s expected that many of her siblings will follow suit with their own children as well.

During these crazy times amid the coronavirus pandemic, things might be changing for Jessa and her kids. Though she can homeschool during this time, things are different. So, she might be giving the kids a break or keeping things simple until life gets back to normal.

So, what do you think of the response to Jessa’s video? Do you think fans should leave her alone? Share your thoughts below.