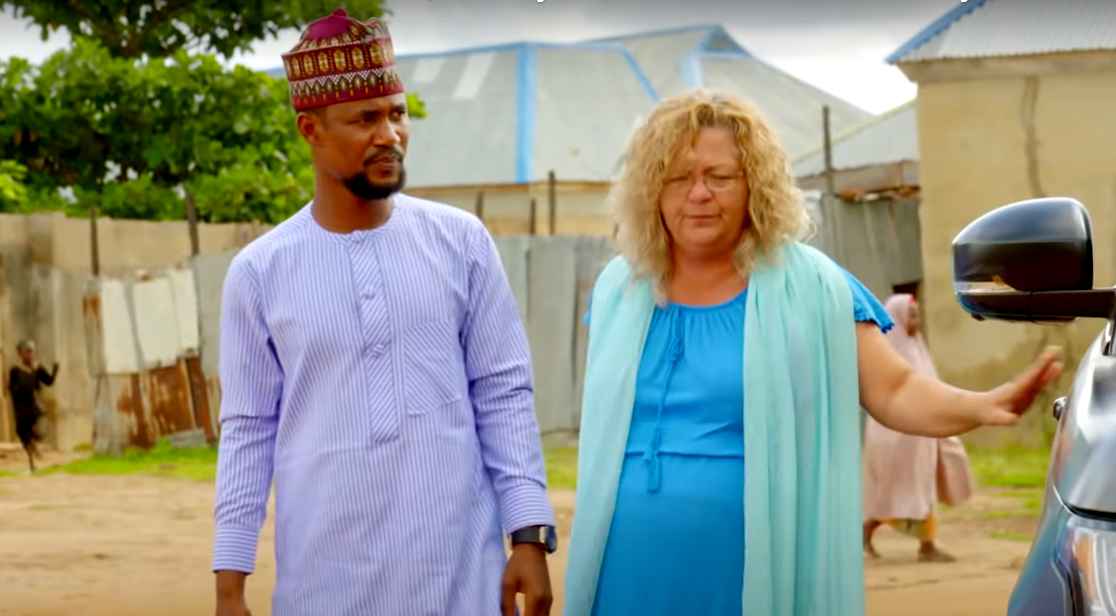 It the last episode of 90 Day Fiancé of May 3, we saw Lisa and Usman at the registrar’s office. They were unable to marry without Baby Girl’s proof of divorce from her former husband. However, Lisa later revealed they did manage to get married after all. Despite this, the famous couple continues to have a number of relationship problems. This includes leaked footage on an Instagram meme account.

90 Day Fiancé: Before the 90 Days stars Lisa and Usman argue

In the footage, the Nigerian rapper, 30, can be heard to accuse the American woman of referring to him with the “n-word.” While Lisa, 52, doesn’t say anything about it, she also doesn’t deny it.

While the leaked footage has since been deleted, it admittedly didn’t reveal the full context of the conversation.  However, mention of the n-word comes up in the middle of the argument. Lisa warns Usman not to “open that can of worms.”

The Nigerian might not understand that phrase, as he keeps going, revealing the fact Lisa had used the n-word a week before. Usman says he knows the term is “totally inappropriate in America.” He does seem to be angry over it, as he says he is getting “used to how [she is] behaving. However, Usman is not OK about her choice of language.

Lisa and Usman and the ‘can of worms’

As the conversation between the 90 Day Fiancé couple continues, Lisa interrupts him, saying “let’s see where this goes.” This is when she warns Usman he has “just opened that can of worms.” She says if the “b*tch” comes for her because of Usman, it will get really ugly. Lisa goes on to tell him she just got another message while on break. She stresses to Sojaboy, she has had enough of this “bulls**t.”

As noted by In Touch, Lisa again tells Usman he has opened the “f**king can of worms,” after which she receives hate mail coming to her house. She says Usman’s “as* is sitting in Nigeria,” and they are both going to have big drama. Lisa ends by telling Umar not to start this up again.

Lisa and Usman being rude af to the tell all host Shaun. Not sure how she keeps so calm during all this BS back & forth. This is part of the unedited leak. #90DayFiance pic.twitter.com/eqhIoM5Miq

Who is the mystery “b*tch?”

It isn’t clear from the conversation who the woman Lisa mentions is. However, the 90 Day Fiancé pair often clash during the show due to Usman’s female fan following. Meanwhile, Lisa might have more to be jealous of in the future. It is possible Usman could take other wives in the Muslim tradition, sort of a Nigerian Sister Wives situation.

Lisa’s promoter, Rocco Straz, recently shared a statement with In Touch, revealing the agreement Baby Girl and Sojaboy have reached. According to the rules of Usman’s religion, he can have up to four wives.

Despite this, his ability to take additional wives is dependent on the Nigerian rapper being able to provide for four wives. Straz says this includes being able to afford other wives financially, as well as housing, utilities, car insurance, medical insurance, etc. If he reaches the stage where he can afford all of this, he can take more wives.

Having seen the drama between Lisa and Usman on the TLC reality show, it is likely the rapper has enough problems with his one wife, Baby Girl Lisa! Keep watching 90 Day Fiancé: Before the 90 Days on Sundays at 8 pm EST on TLC.