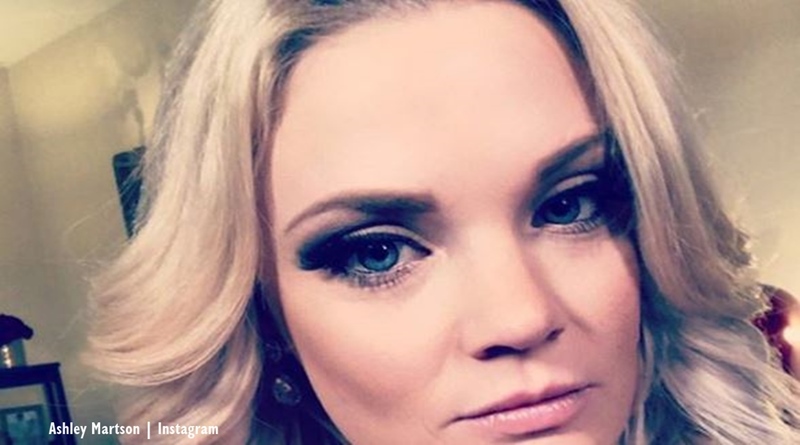 90 Day Fiance fans dissed on Ashley Marston for spending quarantine with Jay Smith. Well, despite her saying they enjoy their time together, she later explained that designing her lingerie line at least stops the bedroom boredom. Now, she launched her lingerie line which she said she worked so “hard” on. But fans dissed her as it’s the identical outfit that Teen Mom alum, Farrah Abraham modeled.

TV Shows Ace reported that Ashley got a lot of criticism after announcing she and Jay Smith stay together during COVID-19 quarantine. Naturally, critics feel that the couple continues with deceiving fans over their relationship. Many fans think they never split in the first place. Some of them even suggest that the “divorce” just got manufactured to keep the media spotlight on them. One 90 Day Fiance fan noted, “Wtf is up with the tik tok and last post of you and Jay lmaooo you gotta be kidding right? Desperate plea to try to stay in the “spotlight.”

Recently, Champion Daily talked about Ashley and Jay in quarantine. They cited Ashley who said that her “isolation sweats and jammies” seem boring. She added, “I’m over here working on bringing my s*xy back … lingerie collection to be launched soon!!!” Well, since then the 90 Day Fiance alum launched her lingerie line, but critics wonder just how “hard” she worked on it. Actually, they pointed out it’s a duplicate of the outfit that Farrah Abraham once wore. So, it looks like the dissing continues.

Ashley wears a duplicate of the lingerie Farrah modeled

Starcasm shared a photo on Instagram showing both Farrah and Ashley in their lingerie. They captioned it with, “Former #90DayFiance star ashleye_90 just released the first item from her Ashley Smith Collection lingerie line.” They noted that Ashley’s “working with the same lingerie company that partnered with former #TeenMomOG star @FarrahAbraham back in 2017.” Then they asked, “Is it just me or does Ashley’s [attire] look a little familiar?”

90 Day Fiance critics quickly stepped in with their thoughts on it. One said, “It’s NOT familiar. It’s THE SAME.” Meanwhile, another critic claimed, “Same one…I got it at TJ MAXX.” Then, another critic noted, “Amazon [sells] these for 15 dollars.” One critic noted, “But wasn’t she ‘working so hard’ to bring us this collection?!! There really isn’t anything honest about Ashley. The lie list continues.”

Some people felt that the only difference between the two outfits stretched to the fact that Ashley also wore a bow on her head. Meanwhile, despite not liking Farrah, others felt she looked way better in the outfit. Apparently, the designers, Pulchra Lingerie, use a number of influences to push their products. They allow them to call it “their line.”

Former #90DayFiance star ashleye_90 just released the first item from her Ashley Smith Collection lingerie line. She's working with the same lingerie company that partnered with former #TeenMomOG star @FarrahAbraham back in 2017. Is it just me or does Ashley's "Lorem Redire Teddy" look a little familiar? 🤔

What do you think about people dissing on Ashley Martson for saying she “worked hard” on her new lingerie line? Sound off in the comments below.