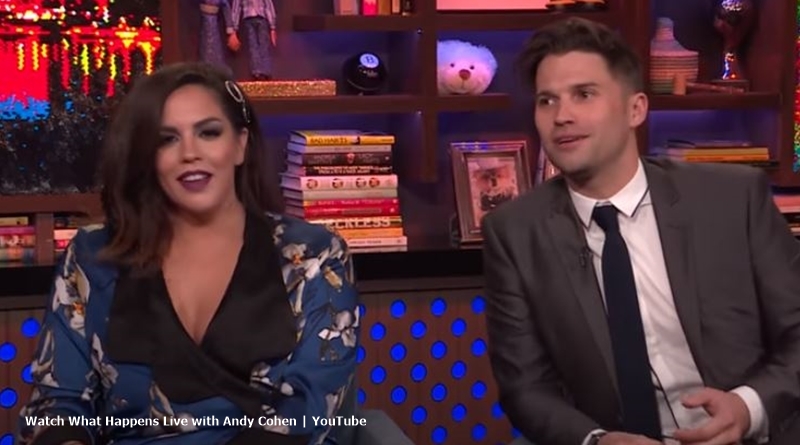 VPR fans grew very hot under the collar when Tom Schartz went off at Katie Maloney. Many fans slammed him for his abusive language in public. But, Katie and Tom moved on after his apology. Now, it seems that as quarantine boredom really sets in, Katie messed around with Tom’s hair. In fact, she dyed it red and thinks he looks a bit like Riverdale‘s Archie.

TV Shows Ace wrote about the anger that fans expressed when Tom verbally abused Katie. The scene aired on Vanderpump Rules at the end of March. In the week’s episode,  Tom tore into Katie Maloney after the prank that saw Tom Sandoval arrested. When Katie went on about how the prank overstepped beyond funny, Tom yelled at her. In fact, he really put her down in front of everyone. Although he apologized, he partly blamed the incident on alcohol.

Well, fans of VPR hate it when people do that. It somehow seems too easy to blame it on booze and not take accountability. Anyway, it seems that Katie accepted his apology. All looks well at the moment in the VPR castmembers’ world. In fact, the couple joke around during quarantine. Fans know that Katie often changes her hair color, but possibly out of quarantine boredom, it’s Tom’s turn.

Tom shared the hair experiment on his Instagram Stories. Not terribly worried, he actually helped prepare the concoction. Katie, there to do the transformation, danced rather appropriately to “S*xual Healing” by Marvin Gaye. Recall, Tom said he won’t slip between the sheets with her as she’s “not fun.” US Weekly described the outcome of the Vanderpump Rules star’s new look as “dark auburn.”

Well, Tom’s hair actually looks really red. In fact, Katie described her VPR man’s hair as “red” a bit like Archie in Riverdale. Really, some fans might think it suits Tom. The red’s not so obvious once he completes his look. The outlet reminds readers that Tom normally sticks with his dark brown hair. But, once he dyed it gray so he looked much older. That came when Brittany and Jax hosted their “joint bachelor and bachelorette party.” 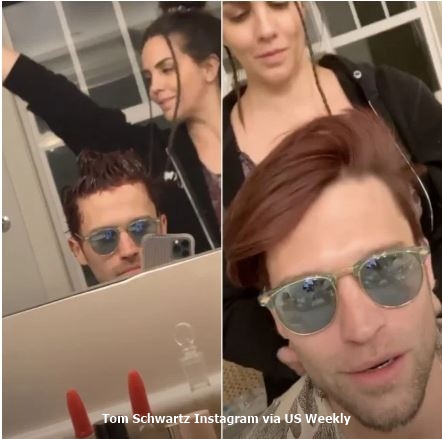 The COVID-19 quarantine saw other VPR cast members change their looks. US Weekly reminds readers that Tom Sandoval looks a bit different as he sports a mustache and the beginnings of a beard these days. Meanwhile, Stassi Schroder dumped her hair extensions.

What do you think about Tom Schwartz going with red hair? Do you think he looks a bit like Archie in Riverdale? Sound off in the comments below.