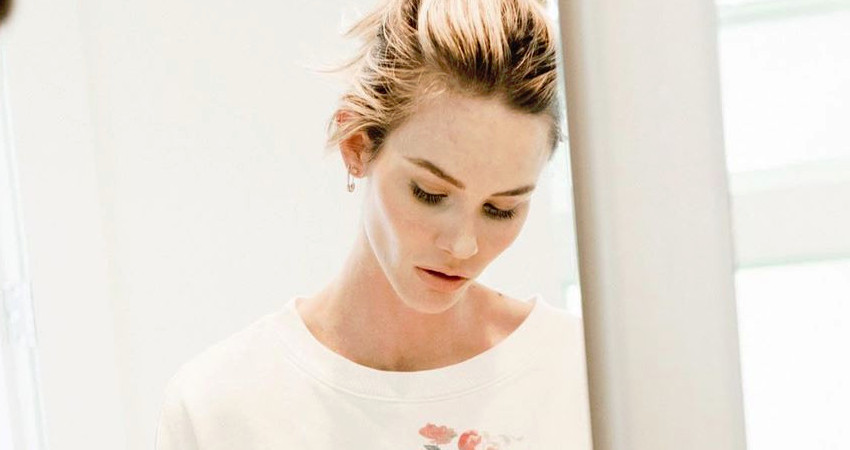 It’s really over. The Real Housewives of Orange County star Meghan King Edmonds is making some official changes in her life. The reality star reveals that she’s going back to her maiden name and dropping ‘Edmonds.’

In October of 2019, news broke that Jim Edmonds was divorcing his wife of five years, RHOC alum Meghan King Edmonds. The former baseball player and the reality star couldn’t overcome an earlier cheating scandal of Jim sending inappropriate texts to another woman.

Things have been tense between the former couple ever since. They’ve exchanged a lot of he said/she said disses in the media. Most recently, Meghan shades her ex for not paying very much in child support, TV Shows Ace reports.

In the meantime, Meghan did try online dating, but is currently focusing on herself, her kids and her TikTok videos.

Ahead of the Sunday, May 10, edition of Meghan’s Intimate Knowledge podcast, Us Weekly offered fans a sneak peek. At the start of the show, Meghan and her co-host, DWTS alum Brooke Burke, introduce themselves.

Before Meghan can confirm, the podcast guest, intimacy coach Lila Darville says, “She did. She dropped it.”

‘It’ being her ex-husband’s last name.

Us Weekly also reports that Meghan’s social media accounts reflect her new name. While the tags, or handles, still include ‘Edmonds,’ her profile is listed as Meghan King.

Meghan is currently self-isolating with the former couple’s three young children in Los Angeles. She recently shared a video of their three-year-old daughter, Aspen, learning to ride a bike. In the photo’s caption, the RHOC star reveals that her twin sons, Hayes and Hart, are loving learning to dance together.

Meanwhile, Jim is quarantined with his new girlfriend in his St. Louis, Missouri mansion. A fan informed Meghan in the Instagram comment section that Jim and Kortnie are “riding horses right now” on Kortnie’s Instagram Stories.

The former baseball player shared videos on his Instagram Stories of him at a batting cage. He wrote that it was the first time he’s swung a bat since his retirement in 2011.

Fans Think the RHOC Star is a ‘TikTok Queen’

When Meghan isn’t taking care of her kids, she films humorous TikTok videos and puts them on her Instagram account. Many fans chime in with compliments about Meghan’s humor. In fact, several fans have dubbed the former RHOC star as the ‘TikTok Queen.’

Meghan left the Bravo show in 2018, after Season 12. The Real Housewives of Orange County Season 15 is currently on hold due to the coronavirus pandemic shuttering production of new episodes.

Real Housewives fans can still get their Bravo fix with new seasons of RHOBH and RHONY, airing Wednesdays and Thursdays, respectively on the network.