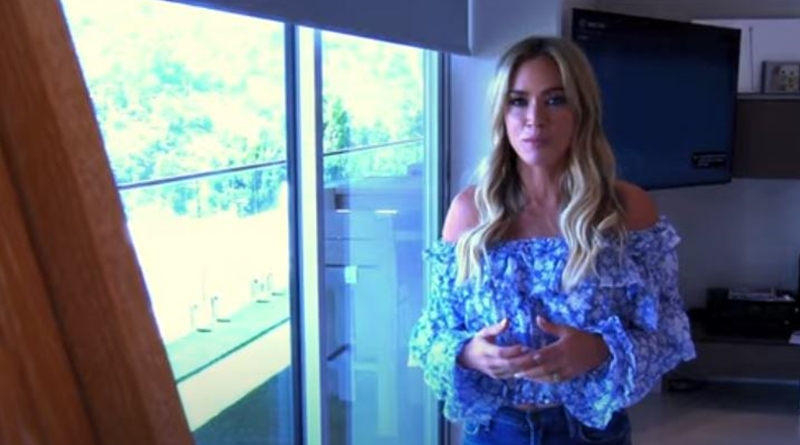 RHOBH fans know that the Bravo show brings loads of drama between the various ladies. In fact, very often, they eat, drink, and fight amongst each other. The drama really came to a head in season 9 of the show, when the cast turned on Lisa Vanderpump over ‘Puppygate.’ Teddi Mellencamp never went unscathed with fans over that. And now, she shared that her dad, John, thinks they should change the name of the show.

RHOBH the drama, Teddi Mellencamp and her dad

TV Shows Ace noted that season 9 of Real Housewives of Beverly Hills seemed particularly bad for drama and fights. Recall that “Puppygate” saw Lisa Vanderpump get hate from most of the cast. The bickering and fighting actually became disturbing for Lisa’s fans as they saw her struggle with the death of her brother Mark. Plus, she fended off attacks from people like Kyle Richards. Fans slammed those involved. And, Teddi never went unscathed.

We noted that Teddi seemed very “invested in the whole LVP scandal.” At one stage she got all worked up and denied anything to do with the plot to take down Lisa. However, eventually, she took to  Twitter and accepted some “accountability.” Fans still slammed her, but really, that’s not the only season where fighting and bickering goes on. In fact, it seems the women love nothing better than eating out, getting a bit sloshed, and going at each other hammer and tongs. And, Teddi’s dad noticed that.

Fans don’t see John on the Bravo show, but he obviously watches it. Teddi revealed some of the messages he sent her about it. The reveal came via Teddi during an Instagram Story Q&A. The post started off with Teddi sharing about what her dad thinks of them always eating on the show. One message she shared said, “All you guys do is eat … !” Well, Teddi joked back about how they work up an appetite and need all their strength to continue their arguments and fights.

Her dad suggested that the RHOBH stars rather “mudwrestle” and then argue. Plus, he noted that a name change could be a good idea. He feels that perhaps it should drop the name Real Housewives of Beverly Hills. He thinks that “the show should be called women eating lunch and b*tching …” Well, he certainly seems on point with that comment. Fans grow irritated sometimes with the repetitive nature of eating, drinking, and “b*tching” that goes on.

WELAB would be the acronym if the show changed its name

If RHOBH changed to Women Eating Lunch And B*tching, then naturally, people would use the acronym WELAB. And, that might be appropriate for more than the fact the women fight a lot. Given their wealth, it might be rather fitting as WeLabs’s actually a financial technology company offering a virtual banking service.

What do you think about Teddi Mellencamp’s dad suggesting a name change for RHOBH? And, would you enjoy seeing the women wrestle instead of eating before they argue? Sound off in the comments below.