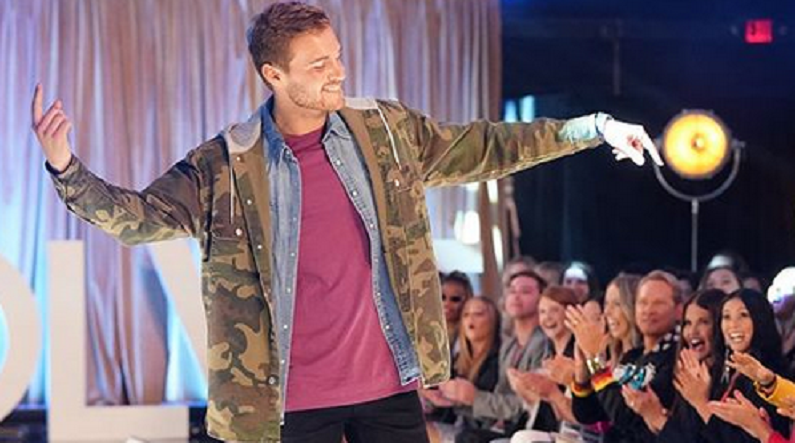 Peter Weber made the cutest compliment about Kelley Flanagan. This comes after the couple confirmed their relationship on social media. Peter and Kelley used to be shy when it came to the dating rumors. It all started when Kelley was spotted with Peter in Chicago back in March.

Both Kelley and Peter initially denied the dating rumors. That all changed when they went public on Instagram. Even Peter’s mom gave them her seal of approval. Barbara Weber made it clear that she’s a fan of Kelley Flanagan. But Peter proved he’s an even bigger fan of his new girlfriend.

As per Us Weekly, Peter Weber took to Instagram to share how he really feels about Kelley Flanagan. He has no problem with showing off their relationship. On Thursday, May 7, the 28-year-old commercial pilot reposted a fan account’s throwback photo of the couple. But it’s not as old as you may think. The snapshot is from their time on The Bachelor.

💫We’ve got that love, the crazy kind 💛

The couple are seen smiling as they board an airplane. Flanagan was dressed in a pilot outfit for their aviation-themed group date.

“Hey Captain, looking good in that uniform,” Peter Weber wrote in the caption.

It’s unclear if Flanagan responded to Weber’s flirty comment. The Chicago-based attorney competed during Weber’s season of The Bachelor, which aired earlier this year. She went home during week 7 and Weber went on to propose to Hannah Ann Sluss. He called off their engagement after he revealed that he still had feelings for Madison Prewett. After the two reunited on the live finale episode, they only dated for a few days.

Two weeks later after Weber’s season ended, Weber and Flanagan were spotted together in the Windy City. An inside source told Us Weekly that the couple wanted to keep their relationship on the down low for now. They didn’t want to get criticized for pairing up so soon. Then shortly after, the couple confirmed their relationship on Instagram. Now, fans are clamoring for more photos of the two together.

Kelley Flanagan hasn’t posted any photos of herself with Peter Weber lately. On May 3, she posted the following photo of herself with some of the women from Weber’s season. She captioned the photo, “Missing my chicks, can’t wait to see them when all this is over!”

Throwback to when I met Kygo in August and got him to sign this lanyard to gift to Peter on the show! ❤️ #polofest

Missing my chicks, can’t wait to see them when all of this is over! ❤️

But the fans want more. They’re just not satisfied. Most of them flocked to Flanagan’s post, demanding more photos of her with Weber. While they appreciate the throwback photos from Weber’s season, they want new pictures of the couple together in recent times. Here are just some of the comments in Flanagan’s post:

Flanagan caught wind of the comments and said she’ll post one of her and Weber together soon.

What are your thoughts on Peter Weber and Kelley Flanagan dating? Sound off below in the comments section.

‘The Bold and the Beautiful’ Spoilers, August 2-6: A Wedding For Steffy and Finn
Did Ariana Madix Change Her Stance On Having Kids?
‘Life After Lockup’ Reveals 3 Explosive New Couples
‘Seeking Sister Wife:’ Fans Are Behind Dannielle Merrifield All The Way On IG
Tori Roloff Shares ‘Touching’ Message Amid Heartbreak