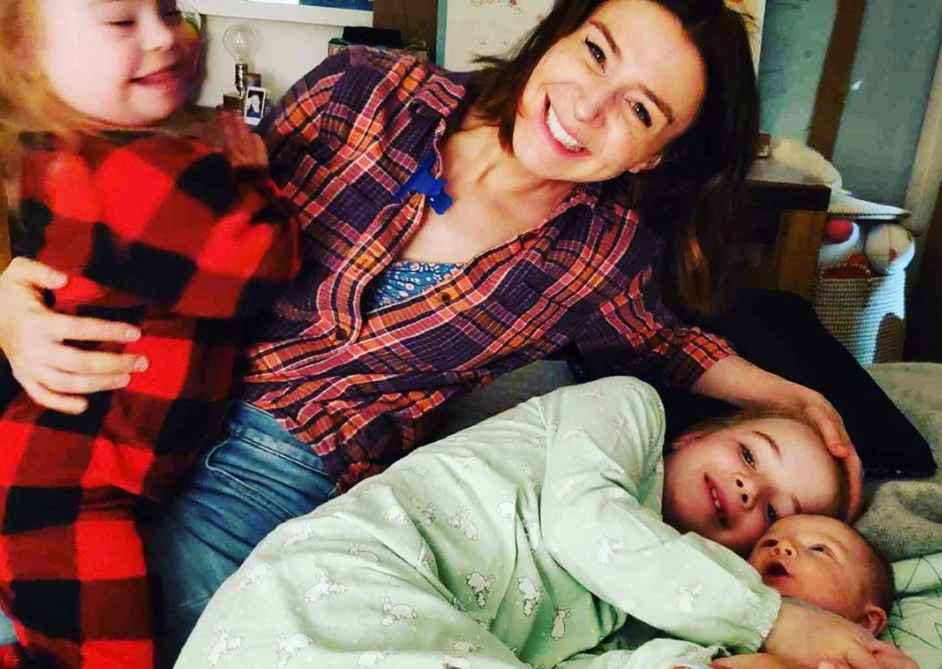 Caterina Scorsone and Rob Giles married in June 2009. They also have three children together. Caterina plays Amelia Shepherd on Grey’s Anatomy. And, now she’s splitting from her husband. She has already filed the divorce papers.

Us Weekly quotes a statement from their reps saying Caterina and Rob have separated. However, the statement continues, saying the pair remains friends. She and Rob are committing to co-parenting their three daughters in a “spirit of love.”

Court documents reveal the couple separated on March 1. On Friday, May 8, Caterina, 38, cited “irreconcilable differences” as the reason for their separation in the divorce filing.

In her post, the Grey’s Anatomy star writes, “Arwen is here!” Scorsone goes on to wish her followers “a happy new year, a happy new decade. She also wished fans a happy heart made new by love in every exquisite moment.

During April, Scorsone made a further post. In it, she reveals she and her family had decided Arwen should go by her middle name, “Lucinda, ‘Lucky’ for short.” In that Instagram post, Caterina shares an image of herself cuddled up with the baby at home.

Caterina Scorsone and raising her daughters

When it comes to raising her family, Caterina has been outspoken, The Grey’s Anatomy actress says her perception of parenthood has changed over time. This is especially so after Pippa was diagnosed with Down syndrome.

She participated in a Motherly podcast in March 2019. In it, Scorsone says she unconsciously believed her job as a mother was to equip her daughter to survive in this competitive world. However, she says she was sent “into a tailspin” when she first realized Pippa would have physical differences. Catarina also realized she would have some cognitive differences.

Caterina says one day she thought, “I don’t know what to do.” She says she doesn’t know how to keep her safe and make her feel loved. Suddenly a simple voice came to her and she suddenly understands her job as a mother completely. Scorsone posted a cute picture of Pippa on Instagram on March 1st.

In an interview with People in 2019, she explains how her family is making it through these hard times through their “sense of curiosity.” Caterina says it adds a sense of adventure to life, the ability to wonder what is going to happen. How is the family going to react to this? She believes it will be beautiful to see who the children become, as they are already pretty awesome.

While Grey’s Anatomy fans are sad to hear the news, the family is making this decision for themselves. Despite the fact that Caterina and Robert are divorcing, let’s wish them all the best in co-parenting their lovely family.

‘Love After Lockup’ Spoilers: WAIT! Doug Cheated On Rachel The Whole Time?
‘Love Island USA’: Does Javonny Vega Plan To Tell-All On YouTube?!
’90 Day Fiancé’: Stacey & Florian Blasted For FAKE Intimate Photos
Is This A Sign ‘Bringing Up Bates’ Will Be Canceled?
Did Duggar Cousin Amy King Take ANOTHER Dig At Josh Recently?