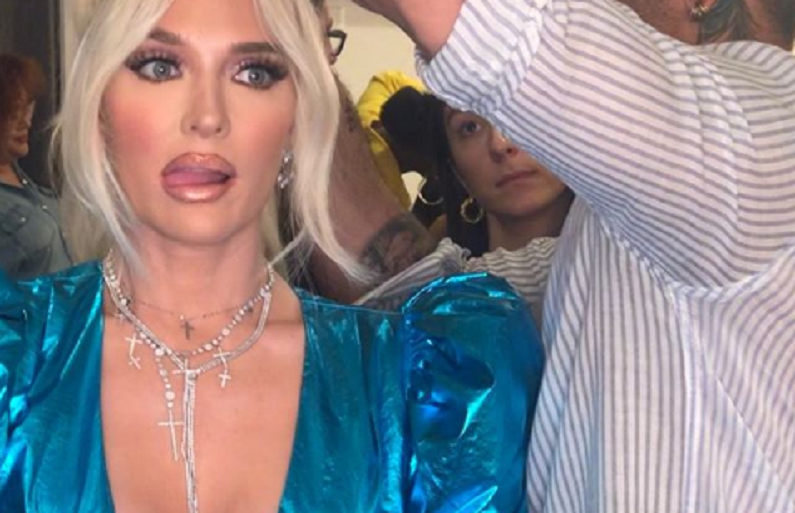 Erika Girardi was the “Ice Princess” of The Real Housewives of Beverly Hills. But she’s letting fans into her life. The reality star shared some of the “rules” she had as a mom.

This comes after Erika defended her marriage to Tom Girardi. She’s getting more comfortable with sharing her life on Season 10 of RHOBH. She’s not only sharing the details of her marriage, but also her life as mom. While her one and only son is all grown up, she’s still very protective of him. Erika revealed how strict she was when he was a little boy.

Erika Girardi “believed in rules” as a parent

In an interview with The Daily Dish, Erika Girardi shared the details about her parenting style. She admitted that she was a strict parent when her son was growing up. Her mothering philosophy was based on “rules.”

“I raised a police officer. What does that tell you?” Erika joked. “I mean, you know? Yeah, there was a lot of free[dom]. I believe in rules and I believe in, you know, constantly having those followed.”

Erika took to Instagram to share a rare family photo. The pop singer shared a photo of her son in uniform, writing, “People say we look alike.” On a previous episode of RHOBH, Erika joked that she’s not quite ready to become a grandmother. She doesn’t even like the name grandmother.

“My son is grown. He’s 27 years old. It’s a whole ‘nother ball of wax,” Erika told newbie Garcelle Beauvais when she revealed she was going to be a grandmother.

While Erika is happy for Garcelle, she’s not ready to have little ones running around the house. And she doesn’t think the world is ready for that either. “Congratulations to Garcelle, but I don’t want to be a grandmother,” she said in her confessional. “I mean, do you really want me to pick someone up from Pre-K? No.”

RHOBH star shares details about her marriage to lawyer husband

Erika also shared her home life to her husband Tom Girardi. As for what nickname she has for her husband, she says she calls him “The Boss,” as per The Daily Dish. But Erika isn’t sure what Tom refers to her as on his phone. This comes after the reality star revealed more details on her marriage to the famous lawyer.

On a previous episode of RHOBH, Erika talked about their intimate life after Garcelle asked. The singer has no problem with people asking her to share the intimate details. It’s nothing new for her. But she admits that it’s not as exciting as it seems.

“People always ask that. They’re always [like] what’s going on? Is it 20-year-old f***ing all day long? No,” Erika said, adding that she wouldn’t want it that way. “Not really. We got bills to pay.”

The pop star known as Erika Jayne revealed the type of questions she gets asked about her marriage.

“I’ve dealt with this forever: the younger woman that married the wealthier, older man,” Erika said. “I mean, I’m tired of having to justify my 20-year marriage. Got get a 20-year marriage, then come f***ing talk to me.”

She concluded her interview by calling Tom “a f***ing good man.” And that’s the “most important” part of their marriage.