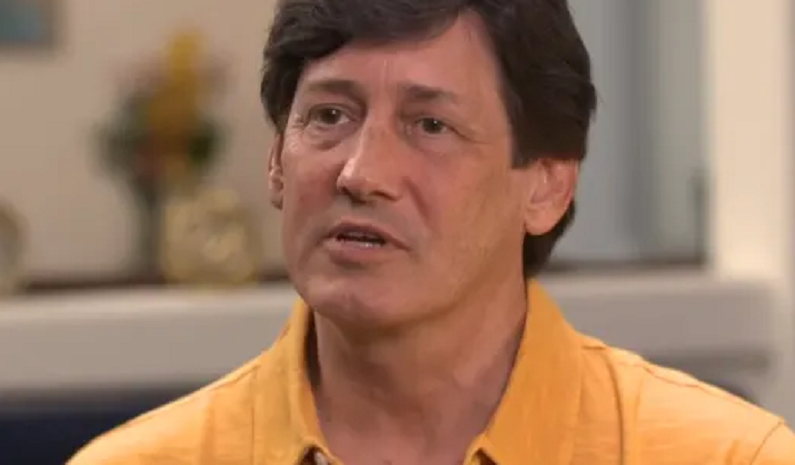 90 Day Fiance fans are shocked. They found out that Lana is real and she finally meets David Murphey. This spoiler comes from the leaked footage that went viral over the weekend. The new footage includes details from the tell-all episode.

90 Day Fiance: Before the 90 Day fans were convinced that David’s dream Ukrainian girl, Lana, was made up. He traveled to the Ukraine four times just to meet her. But she never showed up. Now, raw leaked footage shows that Lana is for real. This proves that the Las Vegas native was not lying about Lana not catfishing him.

Per Screen Rant, new footage from the tell-all episode was leaked via an anonymous cast member’s YouTube account. The video featured over 10 hours of raw footage. The video, which has since gone viral on social media, shows David meeting Lana during the second day of filming.

Lana received a gift of chocolates. She told the TLC producers that she enjoys receiving money and gifts from American men. She was also surprised to learn how much money David sent her. But she refused to confirm the information and looked upset. Watch a few seconds of the raw footage from the popular 90 Day Fiance blogger @withoutacrystalball’s Instagram post below:

David acts differently from his usual shy self when he meets Lana. He seems confident and sure of himself. Other fans would say that David comes off as arrogant. The footage also reveals unedited footage of another couple on the show, including the reunion special. A lot of the footage is dead air since the couple is awkwardly sitting together and waiting for producers to direct them to another area.

Details on the tell-all episode

The 90 Day Fiance: Before the 90 Days tell-all episode will deliver on drama. The footage shows Avery and Ash getting into an argument. Fans think the couple is no longer together, especially since he revealed he’s single in a recent Instagram Live chat. It also shows that Erika and Stephanie are no longer together and aren’t even friends.

Fans are shocked to learn that Lana exists. But it proves that production has a hand in creating storylines that they think will make for better ratings.

Why are fans shipping David and Yolanda?

In the meantime, 90 Day Fiance fans are shipping David Murphy and Yolanda Leak, per Screen Rant. They want the duo to date each other on the show. That’s because both them appeared to be unlucky in love on Season 4 of Before the 90 Days.

David traveled all the way to the Ukraine to meet his girlfriend of seven years, who appeared to be avoiding him all season long. Yolanda’s mystery man, Williams, left her nothing but unanswered questions and lies.

She never even made it to the United Kingdom. Plus, both singles currently live in Las Vegas. Fans think it’s the perfect opportunity for David and Yolanda to find love with one another. The 90 Day Fiance stars do seem to have a lot in common.

What are your thoughts on Lana turning out to be real? Do you think David and Lana will last? Sound off below in the comments section.